The Accra Regional Police Command says it has swung into full action to track down and arrest the perpetrators of Monday’s fatal robbery incident that took the life of a police officer and a trader at James town in Accra.

The incident comes at a time when there is heightened public concern particularly over the daylight robbery attacks on citizens.

The Accra Regional Director of Operations for the Police, ACP Kwasi Ofori, has told Citi News that steps have been taken to arrest the culprits.

“Following the incident, there was a grand security operation across the city and outlying areas where all commanders in the 14 divisions were asked to conduct swift road checks and also to look out for the stolen money and also to arrest the perpetrators of the crime, and we have arrested quite a number of people, and we are doing profiling of them.”

ACP Kwasi Ofori however noted that the Police will not succumb to criminals.

According to him, they are rather more determined to ensure that Accra is protected from criminals.

“It was a close area where a lot of human activities take place. It was a densely populated area and due to the sporadic shooting by the criminals, the community members were not able to apprehend them, but the police will do whatever we can by soliciting for information and making sure that we get them.”

“This will not put us in a state of fear, rather we are more determined to make sure that we the police in Accra will work to allow the good people of this city to enjoy peace and security.”

The robbery attack that took place on the morning of Monday, June 14, 2021, at about 11:00am, led to the killing of a police officer and a trader by the armed men who also stole an unspecified amount of money.

Universal Coin & Bullion (www.universalcoin.com) is a precious metals dealer founded in 1991, and is located in… 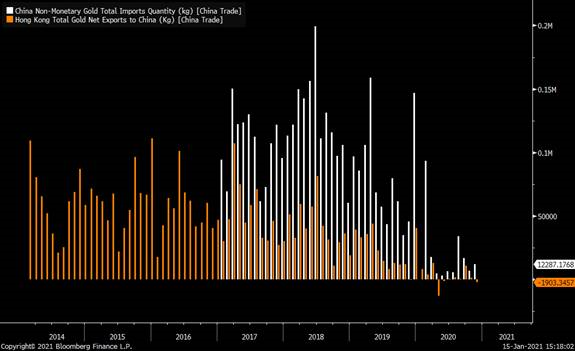 GOLD BULLION held dead-flat for the week so far in London on Tuesday, moving in a $10 range around $1855…