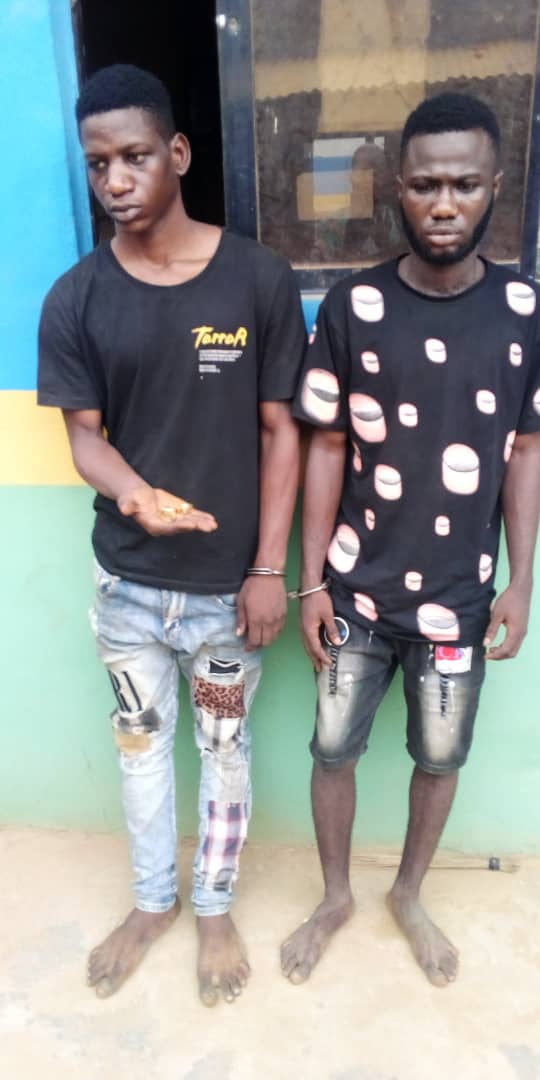 They robbed their victim at gun point.

They were arrested, following a report lodged at Ogijo divisional headquarters of the police by one Abubakar Hassan.

Hassan claimed that his brother sent him from Idi Araba in Mushin Lagos State to deliver some gold chains and rings worth N6 million to his customer at Igbo Olomu area of Isawo.

He stated that when he got to Isawo, the said customer who was already waiting for him, picked him on motorcycle and took him to a deserted area, where three others were met and they dispossessed him of the jewelry at gun point after beating him mercilessly.

Upon the report, the Divisional Police Officer, DPO, Ogijo division, CSP Muhammed Suleiman Baba, quickly led his detectives to the scene, and the entire area was thoroughly combed.

Their efforts yielded positive result when two amongst the gang were arrested while others escaped with their arms.

Three golden rings valued at 3,121,700 were recovered from them.

Meanwhile, the Commissioner of Police, Edward Awolowo Ajogun, has ordered the transfer of the suspects to state Criminal Investigation and Intelligence Department for discreet investigation.

He also directed that the fleeing members of the gang must be hunted for and brought to book. View the Sleek 14KT Gold Cremation Jewelry Urn provided by In the Light Urns. Satisfaction is guaranteed and we have… 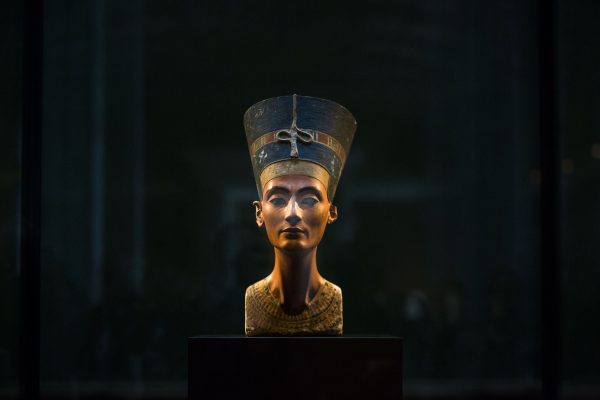 Priceless Trove of Gold Jewelry From Nefertiti-era Found in Cyprus