Traders: The shortage of the supply of “Swiss bullion” due to the increase in demand and the lack of supply | tellerreport.com

Traders: The shortage of the supply of “Swiss bullion” due to the increase in demand and the lack of supply

The lack of weights for higher orders in the 50 and 100 gram denominations made some stores increase their profitability rates.

Dealers in the gold market reported that there is a shortage of gold bullion products, of Swiss origin, which are the most sought-after and recently traded in stores.

They indicated, to “Emirates Today”, that the lack of availability of these types of alloys, especially from the weights of higher demand in the 50 and 100 grams categories, made some stores increase their profitability rates compared to previous periods, while other stores preferred to limit the sale of available ones from Weights are low for customers of those stores only.

For their part, officials of outlets for the gold trade attributed the shortage of these types of alloys to the increasing demand for them, and the decline in supply operations for reasons related to the effects of the Corona pandemic.

In detail, the dealer, Hassan Reda, said, “There is a shortage in the availability of types of Swiss-origin gold bullion, from the brand (Pamp) in a large number of stores, especially that this quality is the most sought-after and common in the market, with ease of reselling it, without being subjected to fees. Large compared to other types ».

The trader, Samir Ali, added that «the decline in the supply of gold bullion, one of the most traded Swiss types, is due to the increase in demand, after the decline in gold prices during the recent period», pointing out that «the shortage of these types is concentrated more in the weights of the two categories 50 and 100 grams ».

The dealer, Mohammadi Abdullah, explained that “he searched for gold bars of Swiss origin, but did not find them, while he found some shops that have this quality, but they raised the profitability rates for these products, compared to previous periods, while some stores preferred to limit the sale to the shop’s customers, who are used to it.” Buying artifacts from him ».

In turn, Faris Rajoub, a sales official at the “Al-Sham Jewelery” store, confirmed that “the markets have remarkably witnessed, during the recent period, significant growth rates in demand for the purchase of gold bullion, especially of the Swiss types of (Pamp), which are considered the most Demand and circulation, which made these products suffer from a shortage of supply in a large number of stores, especially from the weight of 100 grams, which made some dealers buy products of lower weights to collect 100 grams.

For his part, the sales official at “La Rose Jewelery”, Abdulaziz Sheikh, said, “Finally, there is a shortage in the supply in the markets, of Swiss-origin alloy products, especially of the type (Bump), which is the most traded in the market, for reasons related to the lack of supply from The country of origin, due to the repercussions of (Corona) and the closures that several European countries have been exposed to, finally, in addition to the high demand for these products, due to the large decline in gold prices.

Rikesh Dahnak, director of the “Rikesh Jewelry” company, said that “the increasing demand for Swiss alloy products was reflected in the shortage of availability in the market, which made some stores prefer to sell the available ones to their customers, especially since the profit margin in general in bullion is low, compared to the artifacts that are not available in the market.” “It has a high profit margin, as a result of the workmanship fees.”

In the same context, the sales manager at the “Al-Sarraf Jewelery” store, Abdullah Muhammad Al-Tohamy, said that “the markets are currently witnessing a decline in the supply of Swiss-origin alloys of the type (Pamp), which is the most sought-after and traded in the market, due to the lack of supply from the country of origin, and the high Demand compared to the supply of it in the markets, following the recent decline in prices, which motivated a large number of dealers to buy bullion for the purpose of saving or investment, ”expecting that“ the supply shortage will be solved through the return of the flow of supply or when the price of gold rises, and some people resort to selling what they have and pumping Products back on the market ».

Ali Motila, the manager at the Muti Walla Jewelry store, added that “the lack of abundance of Swiss alloys, especially those weighing 50 and 100 grams, is due to the increase in demand for them in large proportions, and the increase in some stores of profitability rates, due to the rates of supply and demand in the markets, which are subject to competition. Between stores ».

In turn, the sales official at Al-Abyad Jewelery Trading, Ram Aheishi, said, “Although there are many types of gold bullion in the market, the Swiss-origin brand (PUMP) is the most widely circulated and common, compared to other types, because it is the oldest. Between all types and the easiest when reselling operations in the various countries of the region, which made a large number of gold and jewelry stores only deal in this type, in terms of supply and supply, ”pointing out that“ this is among the main reasons that have raised the demand for it, and thus witnesses A shortage of some categories of it, most notably of my weight of 50 and 100 grams.

He added that among the most prominent brands included in the local markets in Dubai and Sharjah of gold bullion are locally-made brands such as “Emirates Gold” and “Etihad Gold”, in addition to brands of Swiss origin, including “Bump”, “Valcampi”, and “Ergor.” Hirose, and “Ravoy”, in addition to the Australian label “Birth Mint.”

The price of the gram is declining locally

At the end of last week, gold prices recorded declines ranging between 1.25 and 1.5 dirhams per gram of various karat, compared to their prices at the end of the previous week, according to price indicators announced in Dubai and Sharjah.

Globally, gold is heading for its second weekly gain

Globally, gold is on the path of achieving its second consecutive weekly gain, as it is supported by a slight decline in the dollar and US Treasury revenues.

The yellow metal is up more than 0.6% since the start of last week.

“A correction in US Treasury yields for 10 years, and in fact in the US dollar index, provides a limited push for gold prices, but we were here before around $ 1745, and gold met some resistance,” said independent analyst Ross Norman.

“It doesn’t seem like gold has got much momentum behind it or enough to push it,” he added.

“Perhaps we need a convincing indication that these corrections in earnings and the US dollar are more sustainable, and there is no evidence for that at the moment.”

The 10-year US benchmark yields retreated, after rising to the highest level in more than a year, at 1.754%, the day before yesterday, while the dollar gave up the gains it made in early trading.

Last week, the US Federal Reserve reiterated its pledge to keep interest rates near zero and expected higher economic growth and inflation this year.

Gold is usually used as a hedge against high inflation, but a strong recent rise in US Treasury yields has weighed on the precious metal that does not yield a return.

The metal, used in catalysis in the automotive sector, is on track to record a weekly jump of 11%, the largest since early November.

Tom welcomes Gregor back to the show to discuss the action in the silver markets. Last year brought an enormous… 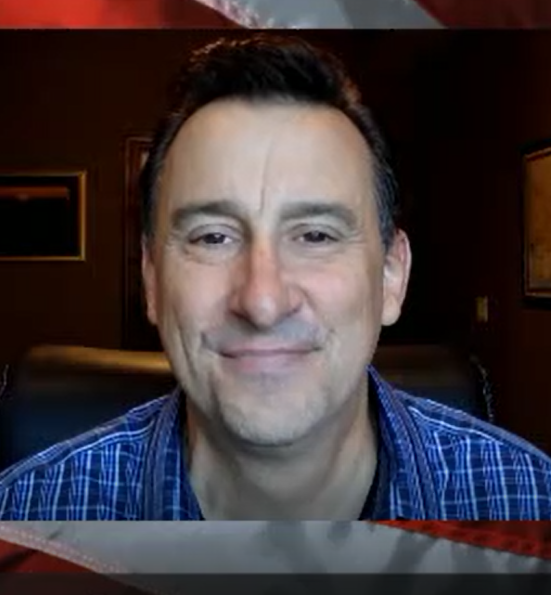 Craig Hemke Interview: All Eyes On The Fed – Ottawa Bullion

Tweet of the day: Bullion Banks are racing to get out of their short positions at the fastest pace since Oct 2016, right before gold bottomed then – Ottawa Bullion

Bullion Banks are racing to get out of their short positions at the fastest pace since Oct 2016, ahead of the bottom of…