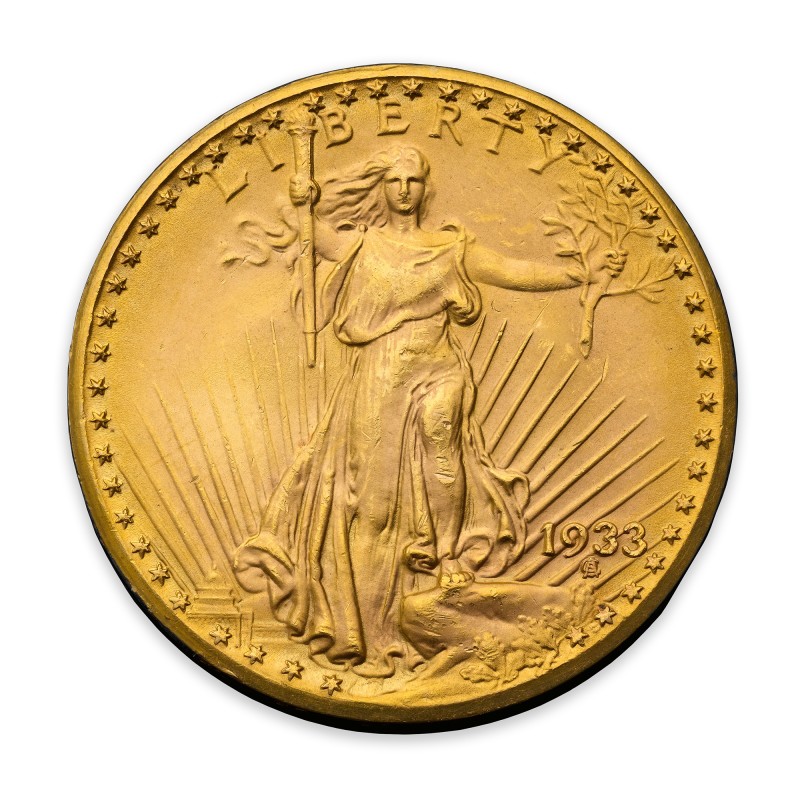 Some of the rarest and most valuable coins are either stored
in museums or held in private collections and never come up for sale such as
the 1849 pattern $20 gold coin – the first gold coin struck by the Philadelphia
Mint using gold discovered during the California gold rush. Both examples are
part of the National Numismatic Collection that is part of the Smithsonian
Institution’s Museum of Natural History.

The following five U.S. coins are those that have sold for
the highest amounts to date at auctions. For of them traded hands most recently in
sales that occurred in 2020 or 2021.

During an auction held last week by Sotheby’s in New York
City the most famous/infamous American coin – the 1933 Saint-Gaudensdouble
eagle gold coin — was sold by designer shoe maven Stuart Weitzman, who
purchased the coin in 2002 for $7,377,000, sold to an anonymous buyer for an
astounding $18,872,250! – a new world record for the highest amount ever paid
for any coin and more than double than previous record. The price is a clear
indication of the strength of the U.S. coin market today. This coin was graded
MS65 by PCGS but was not slabbed at the owner’s request.

This coin is the only example of this issue that is legal to
own of the estimated 13 or so that are known to still exist of the original
mintage of 445,500 with 2 in the Smithsonian and 10 held in Fort Knox that were
confiscated from the heirs of Israel Switt, the Philadelphia jeweler who is
believed to have conspired with a Mint employee to get the coins out of the
Mint in 1933.

The previous record holder for most valuable coin is this coin, which is the finest
known example of the first silver dollar struck by the U.S. Mint. It sold in
2013 for $10,016,875 when it was purchased by Bruce Moreland, who had it
auctioned last October when it failed to reach its reserve price. There are estimated
to be 130 examples of this coin still in existence, which were made to give as gifts
to VIPs. The original mintage was 1,758 coins but many were melted due to their
poor quality.

In 1804 the U.S. Mint stopped producing gold eagles, which
was the highest denomination struck at the time. When President Andrew Jackson wanted
to give special sets with one example of each U.S. coin denomination in
circulation at the time as gifts during diplomatic missions in 1834-1835, the
Mint had to combine the dies from the 1804 gold eagle with the minting
technology that existed in the 1830s. It is believed that six of these coins
were struck – of which 3 are known to still exist. Of those one is on loan to
the American Numismatic Association for its museum while the other two are in
private hands. An example that had been owned by famous collector Colonel
E.H.R. Green and former Treasury Secretary William Woodin sold for $5 million
in a private sake in 2007. The other coin, which is an NGC PR65 DC, was sold by
collector Bob R. Simpson in 2020 for an undisclosed amount.

This is arguably the second most famous American coin, and
one that like the 1933 double eagle has been the subject of many books and even
featured on an episode of the television show, “Hawaii Five-0.” In 1912 the
Liberty Head nickel series ended. Sometime late that year as dies were being
prepared for the new Buffalo nickel that would debut in 1913, U.S. Mint clerk Samuel
Brown secretly struck five Liberty nickels dated 1913. Two have Proof surfaces,
while three are mint state coins. Although those coins were not supposed to be
made, they have never been declared illegal to own like the 1933 double eagle.

Brown sold all five coins as a lot in 1924, which was later
purchased by Col. E.H. R. Green who owned them until 1936. After that they were
sold to individual buyers. This coin was the first to sell for over $100,000 in
1972, and the first to garner over $1 million in 2003. The finest example that
was once owned by Baltimore banker and legendary collector Louis Eliasberg, and
which grades Proof 66, was sold in 2007 for $5 million and in 2018 for
$4,560,000. Another one that was once owned by King Farouk of Egypt known as
the Olsen specimen that is graded Proof 64 sold in 2010 for $3,737,500. The
Walton coin was sold for between $3-4 million in a private sale. The last two
are located in museums, including the Norweb coin which is the Smithsonian, and
the McDermott coin that was donated to the ANA museum in 1989.

The 1804 silver dollar, which was known as the King of
American coins for many decades, is also very famous and one example sold for
over $4 million. 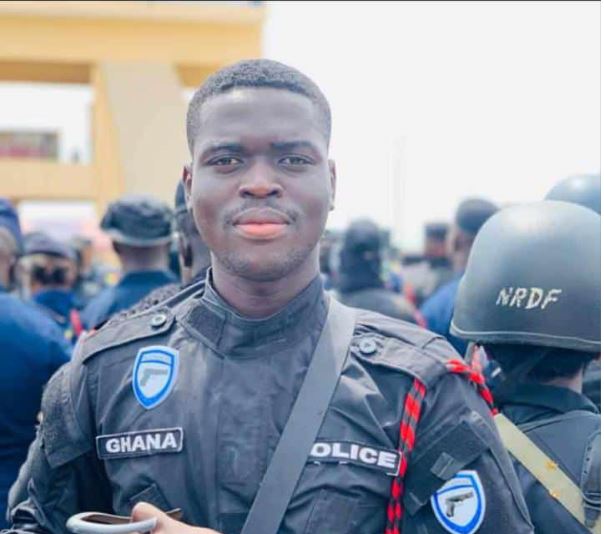 ABC News Ghana is an investigative media house that focuses on politics, sports and the economy. Our work is thoroughly… 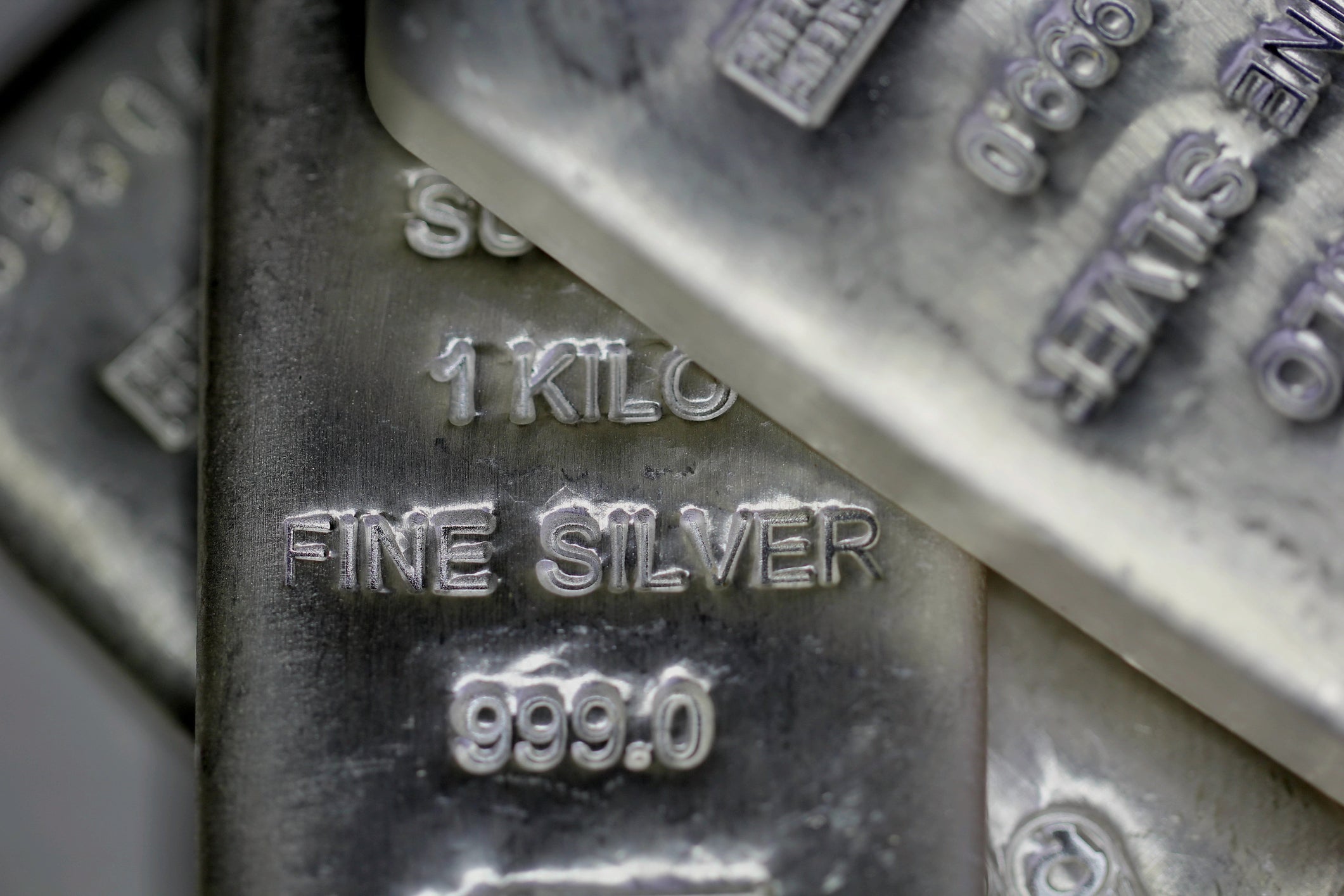 The Next GameStop: Silver Bullion? | The Motley Fool