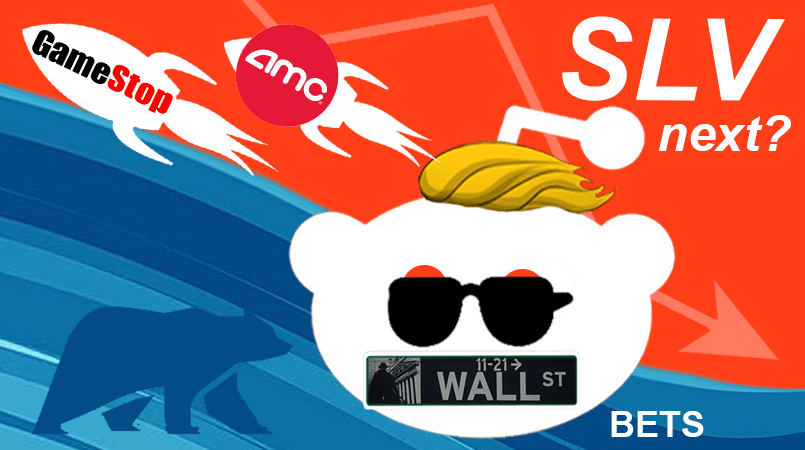 This week, everyone is closely following the GameStop and AMC massive stock rally. Not everyone understands this David and Goliath situation, however. Basically, this is a loosely organized attack by individual retail investors, for the most part, on Wall Street. As a result, we are currently witnessing Occupy Wall Street 2.0. According to the subreddit that is running this rally, r/WallStreetBets, their attack is not yet over. What is next on the horizon is the silver bullion market through the iShares Silver Trust—SLV  ETF.

Get Our Activist Investing Case Study!

Get the entire 10-part series on our in-depth study on activist investing in PDF. Save it to your desktop, read it on your tablet, or print it out to read anywhere! Sign up below!

Review: Why Is GameStop Stock Going Up?

The first part of this movement on the market is currently underway. This buying frenzy began this month, but the GameStop (GME) stock price saw sweeping gains this week at a high of $469. To put this into perspective, the price of one stock was not even worth $20 at the start of the year. Similarly, AMC began the year around $2 a stock, but reached a high of $20.30 on Wednesday. Similar stocks undergoing a buying frenzy include Nokia, Blackberry, Bed, Bath, and Beyond, and Naked Brand Group Limited. So what gives?

In his 2014 letter preview, Buffett states that, far from being a weak choice, indexing can often achieve investor’s goals far more easily than complicated picking strategies. This is a special guest post by Robert R. Johnson, Ph.D., CFA, CAIA. He is a full professor of finance at the Heider College of Business at Creighton Read More

What CNBC currently calls Occupy Wall Street 2.0 is a massive online mission to buy up the stocks that Wall Street traders are heavily shorting. They bet that the company would fail because even if a company is failing, investors can make considerable profits. Exhausted by the COVID-battered economy, many average investors now seek to take their earnings back through Wall Street and beat major investors at their own game.

How Does This Affect Major Funds and Big Investors?

When the year began, short-sellers took to GME and others including AMC and more. This is because GME was in a bad spot, and their thinking was to borrow shares of stocks from brokers, immediately sell and buy them back later at a lower price to return the shares. Then, they could pocket the difference and profit. GME was the most shorted of all publicly traded companies, so it was subjugated to a short squeeze. Obviously, this can be risky if the stock goes back up instead of down. This move may have just ruined major hedges, thanks to Reddit. S3 Partners estimates that BlackRock, an investment management company, might have made billions from this buying frenzy.

Reddit started paying attention to GME after 3 new directors joined the company. Short sellers abandoned their positions on this news, which caught Reddit’s attention. Elon Musk’s tweet promoting r/WallStreetBets only made this all the more viral.

As a result of this massive influx of retail investors, those who shorted GME are forced to cover, which is buying back their shares and returning them to those who originally lent to them. They now have to buy back these shares at major losses.

According to Twitter and Reddit, people are “holding the line” to get GameStop shares to $1,000. People created trending hashtags including “#eattherich” and other similar keywords to unite on Thursday. They also push that this is “not about the profits, but about sending a message,” using images and gifs of Christopher Nolan’s Joker to characterize the mission.

Major brokers including Robinhood, TD Ameritrade, Webull decided to limit people from buying in the aforementioned companies. They could temporarily only sell, until Friday morning. Major figures like Mark Cuban, Elon Musk, Alexandria Ocasio-Cortez, Ben Shapiro, Rashida Tlaib, and others, announced on Twitter that they support the litigation to follow these actions. There is also bipartisan support in Washington about holding Robinhood accountable.

Yesterday, the Southern District of New York filed a class-action lawsuit on the grounds that this was an illegal manipulation of the “free market.”  They allege that Robinhood:

“purposefully, willfully, and knowingly removing the stock ‘GME’ from its trading platform in the midst of an unprecedented stock rise, thereby deprived [sic] retail investors of the ability to invest in the open-market and manipulating the open-market.”

This being the case, Robinhood now reopened trading but updated its Terms and Conditions. Anyone who signs up now must agree to not participate in the class-action lawsuit.

Reddit co-founder Alexis Ohanian Sr. tweeted a thread on Wednesday indicating that “the public doing what they feel has been done to them by institutions. This is an echo of what we’ve seen social media enable the public to challenge institutions for the last decade.” On top of that, Sen. Elizabeth Warren, D-Mass., asserted in a press release:

“It’s long past time for the SEC and other financial regulators to wake up and do their jobs — and with a new administration and Democrats running Congress, I intend to make sure they do.”

Friday morning, the Securities and Exchanges Commission announced an investigation into Robinhood. They also vow to protect retail investors.

Why is the Silver Bullion Market Next?

According to a Reddit post published on 1/27/21 overnight, the community will soon shift its sights on the silver bullion market. Once they achieve their goal of $1,000 per GME stock, they plan to sell and pour into paper silver and physical silver bullion. The iShares Silver Trust is already starting to show price volatility on the upside.

Now, Reddit’s motivation stems from the belief that banks manipulate the silver bullion market to cover inflation. Therefore, they wish to “squeeze $SLV to real physical price” by purchasing SLV directly. Why buy the ETF and not physical silver? They think buying physical silver bullion could actually be more costly than what their mission calls for. So, they now take on JPMorgan by organizing behind massive SLV buying.

SLV is an ETF that works like this: buying SLV yields more shares. SLV has to purchase the amount of physical silver to hold in its vaults because physical silver backs the ETF. However, that does not mean you own the right to physical silver bullion, you only own the “paper” that represents the asset.

If a mass amount of people buy up SLV, it has to buy physical silver bullion. This will constrict the supply and drive up the price from their demand. They aim to force physical purchase and delivery of silver, so the paper traders have to buy it and deliver it. This establishes a positive feedback loop, operating as a short squeeze.

What further constricts demand is the fact that the annual mined supply of silver has been falling for years now.

Further support for SLV and physical silver bullion is inflation. Even if this leads nowhere, the subreddit realizes that inflation is inevitable. Owning silver is a good bet against the US dollar that they believe will become completely worthless. On top of that, Biden’s Green New Deal plan can further support the silver price over the next few years.

What Do I Do Now?

Does this mean you should buy SLV and silver bullion now? Considering the fact that it takes time to deliver physical silver, you might not see the price skyrocket overnight. This could be a slow burn to a higher price. It is up to you if you want to join the rise of SLV for r/WallStreetBets’ mission. You might also consider their message about the very real threat of inflation as the economy reopens. In that case, you could always buy physical silver bullion in the form of coins, bars, and rounds. 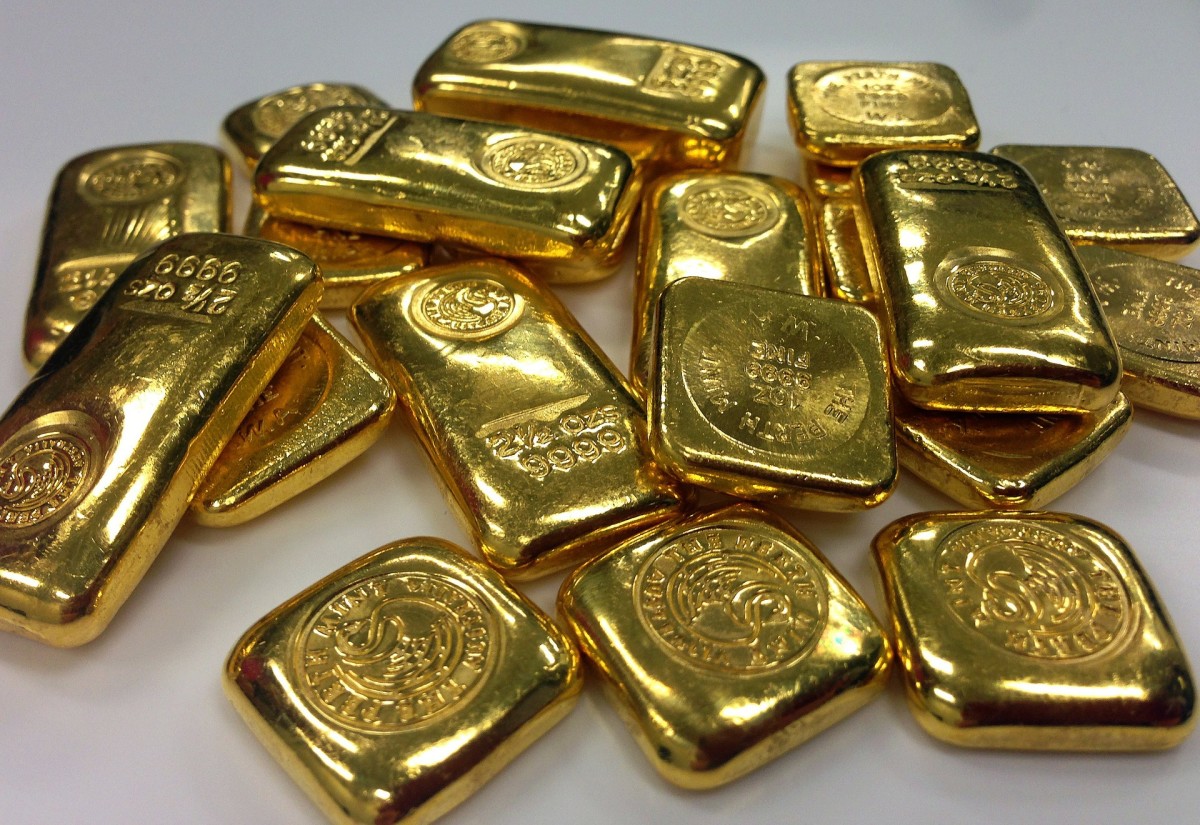 Two weeks ago, I described how the U.S. Mint is limited by federal statute from paying more than the paper market spot… 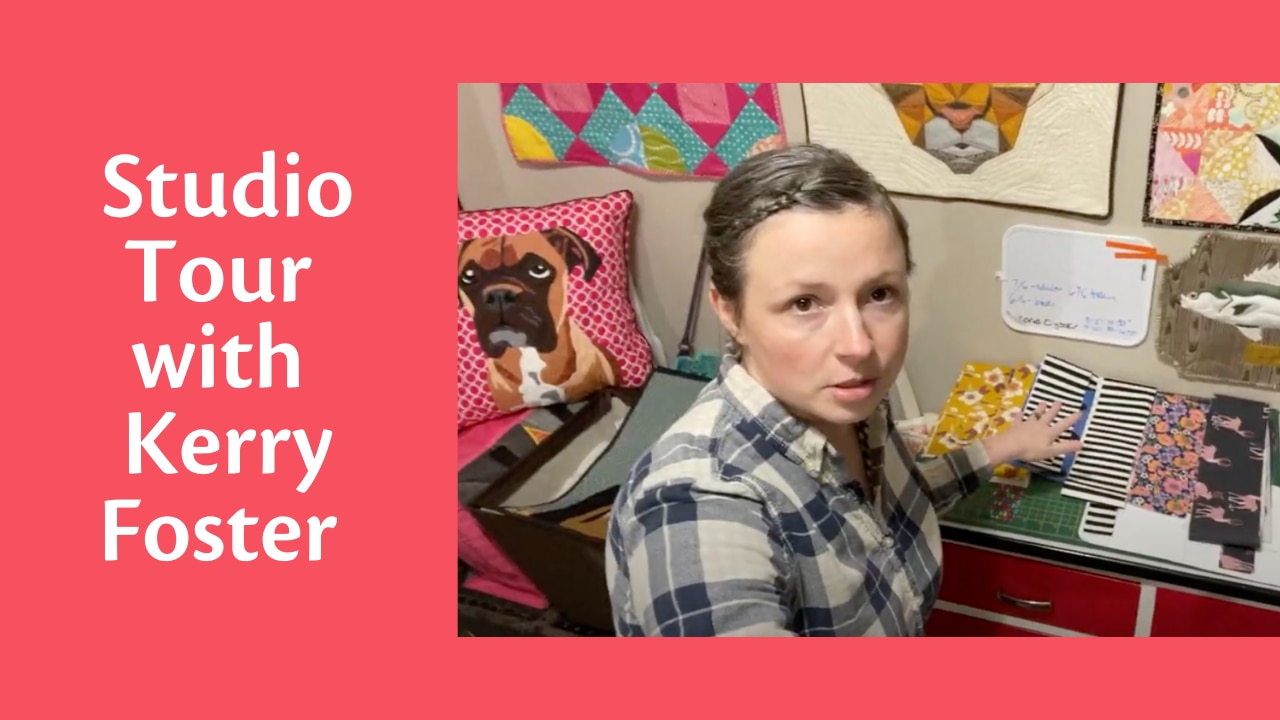 Laura Wasilowski demonstrates how to complete a bullion knot, one of the 10 different hand-embroidery stitches featured…