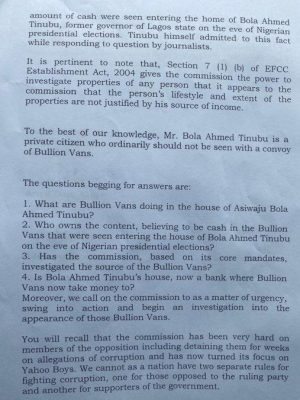 There is no denying the fact that news interview is primarily purposed for the gathering of information that would help in explaining, or clarifying an idea, event or situation. Without any iota of exaggeration, interview, being of various types, is majorly directed at an individual, whereby a news peg is used to justify the profile.

For effective interviews, Reporters are expected to prepare carefully, and ask questions that induce the source to talk freely. Most importantly, due to popular demand of the people as deciphered from prevailing public opinion on a particular issue, questions are directed at obtaining information on a theme that the Reporter has in mind before beginning the interview. If a more important theme emerges, the Reporter develops it. The foregoing is an aspect I was taught as a mass communication student back in the days at University of Lagos.

Against the foregoing backdrop, the Reporter notes what is said, how it is said and what is not said. Sources are encouraged by the Reporter’s gestures and facial expressions to keep talking.

At this juncture, it is expedient to ask in this context, “Are Nigerians eager to know the source of Asiwaju Bola Ahmed Tinubu’s wealth so much that the grave vine has it that he owns a bullion van?  The answer to the foregoing question cannot be farfetched, particularly when seen from the perspective of the fact that since he expressed his interest to vie for the 2023 presidency, that there has been flurry of opinions; either in support or against his ambition.

Understood from the foregoing viewpoint, it is germane to say that an interview with the director-general of the Tinubu Support Management Council, Abdulmumin Jibrin, would have being the most convenient pedestal to answer the question that are capable of blighting his victory. Rather than seizing the opportunity which the interview availed led questions concerning Bola Tinubu’s source of wealth, cash-carrying bullion van and age were snobbishly waved aside as inconsequential.

The questions that surround his source of wealth, bullion van and age need to be explained as a stratagem of deepening the acceptability of his candidature at the poll; both at the primary and general elections stages.

To those that are favorably disposed to his declaration, his enviable achievements as the governor of Lagos State, between 1999 and 2007, which his successors have continued to build on in the Centre of Excellence, should be replicated at the national level.  Therefore, his declaration to participate in the presidential elections come 2023, is no doubt a good omen. On the other hand, those that are not favorably disposed to his candidature can be said to have been averse to the baggage of unexplained issues that are collectively inherent in his candidature. Another thorny issue that can also be found in this literary baggage is that of the Vice President, Prof. Yomi Osinbajo’s interest in the same presidency, come 2023, and most especially as Osinbajo is yet to make his interest known to his burgeoning supporters who are pressuring him to be in the stead of his principal, President Muhammadu Buhari.

To my view, all the issues could have been clarified during an interview with the Director-General of the Tinubu Support Management Council, Abdulmumin Jibrin, but the interview was mismanaged as Jibrin repeatedly snubbed questions concerning Bola Tinubu’s source of wealth, cash-carrying bullion van and age.

At this juncture, it is expedient to advice communicators, particularly those that are specialized in Image making, and who are invariably professional colleagues of this writer, to always respect Journalists, particularly during interview session as Journalists are inexorably essential to democracy. They should always have it at the back of their minds that free and fair election is not only about the freedom to vote and the knowledge of how to cast a vote, but also about a participatory process where voters engage in public debate and have adequate information about parties, policies, candidates and the election process itself in order to make informed choices.

In order to fulfill their roles, the media need to maintain a high level of professionalism, accuracy and impartiality in their coverage, and this can only be achieved if image makers of politicians eschew seeing Journalists as enemies.

Another issue that can be considered to be a baggage is the question that surrounds the decency of Osinbajo running against Tinubu, particularly as Tinubu is widely seen as his political mentor.   To not a few political analyst, there is nothing wrong for him to run against him as it won’t be new if he decides to run against him.

On why Osinbajo should declare his interest in the 2023 elections and run for the presidency, A Journalist whose name is, posted on his Facebook profile thus: “I find this issue of no beneficiary should dare contest against his benefactor tasteless and crude. The proponents of this argument are mostly supporters of Bola Tinubu.

Olusegun Mimiko was an appointee of the late Dr. Olusegun Agagu in Ondo State. The latter as governor appointed the former as the Secretary to the State Government (SSG).

“Ambition made them part ways. Mimiko took up another appointment as a minister at the national level and subsequently resigned to contest against Agagu in the 2007 governorship election, which Mimiko subsequently won through the Courts.

“Mimiko went ahead to be governor in two consecutive terms, without a break. The rest, as they say, is history.

“In a similar vein, Chief Godswill Akpabio was a commissioner under Obong Victor Attah’s gubernatorial dispensation. I think he was the commissioner for local government affairs then. The politics of succession made the beneficiary and the benefactor part ways.

“Attah wanted his son-in-law, Obong Victor Attah, to succeed him in 2007. He did all he could to have his way.

“Akpabio, an appointee of Attah, moved against the plan of the governor, won the primaries and subsequently went ahead to win the election. He also won his re-election in 2011. He came to the senate in 2015 and now serving as a minister.

“Senator Orji Uzor Kalu is another benefactor whose beneficiary confronted and defeated like two times or so in the election for the soul of Abia North until 2019 or so when Kalu had the upper hand.

“Sokoto State Governor, Aminu Tambuwal, contested against his own benefactor and in-law in 2015 on the platform of the APC. He defeated him.

“In 2019, when his former circumstantial benefactor, Senator Wammako, was to move against him, he also confronted him and won his re-election against all odds.

“The issue of a beneficiary squaring up to his benefactor is not a new development and there’s nothing wrong with it. No man wants to remain subservient to the other forever.

“In summary, any beneficiary who is sure of his cards, has the resources and the heart to contest against his benefactor should do so. It is legitimate. And there’s nothing immoral about it.

“A simple question: did the benefactor made himself? He’s also a beneficiary of the kindness of some other persons in the time past.

“There’s nothing wrong with having ambition and pursuing it genuinely, “Save us from that unholy preachment, please”. 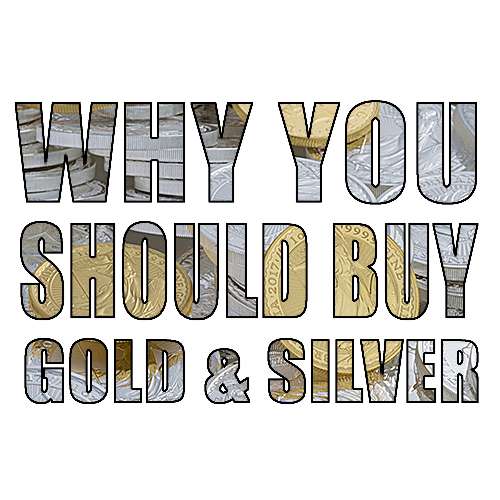 Why You Should Buy Physical Gold & Silver Bullion | Chards 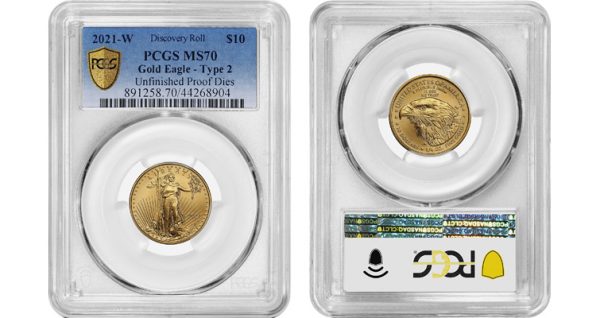