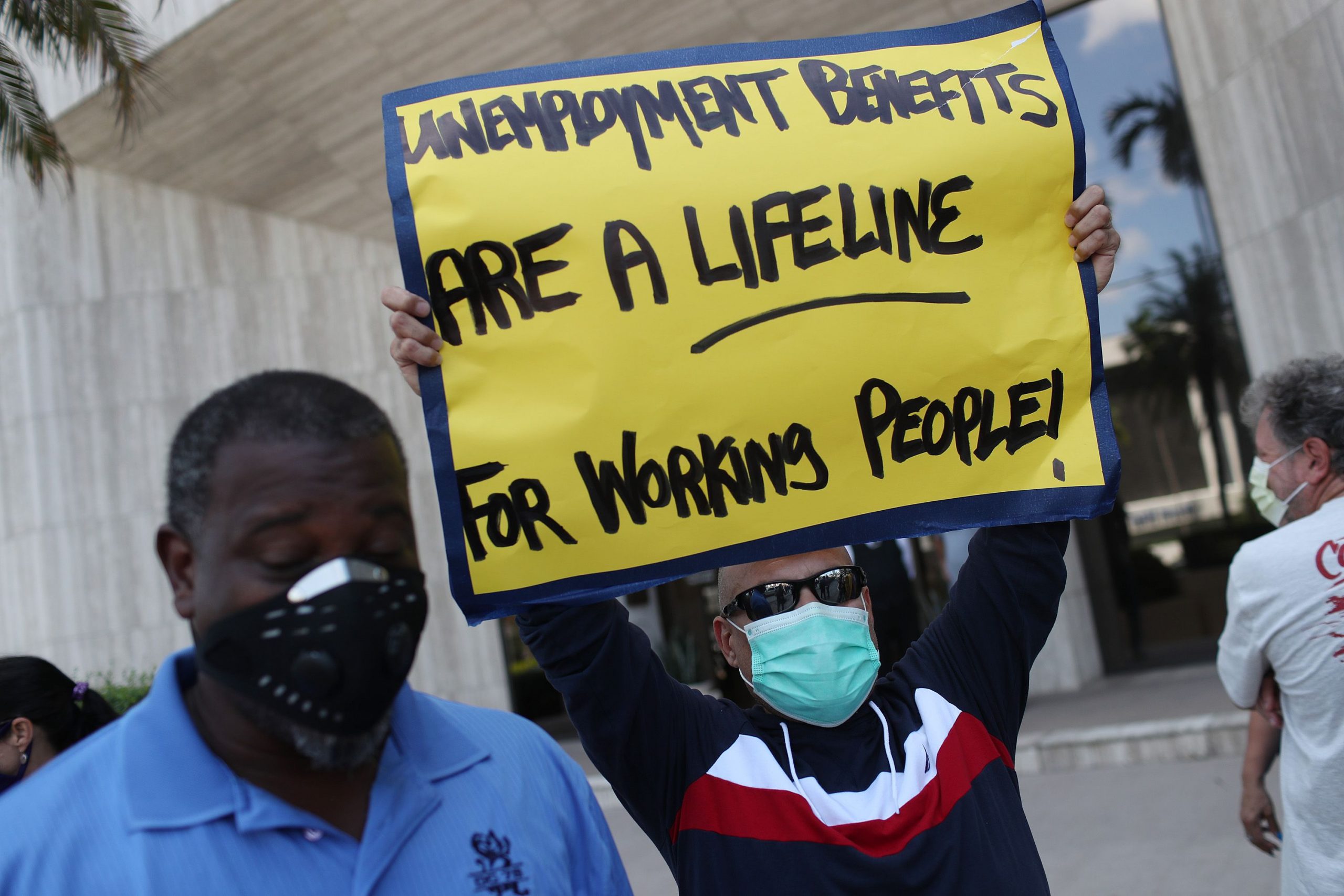 Signs of Movement on Unemployment Benefits and Stimulus Lacking

The Director Michael Strain of Economic Policy Studies at the American Enterprise Institute warned that counting on additional help from a gridlocked Congress was not wise, with:

Unfortunately the timing could not be more critical ahead of the more costly holidays either. The burden of evidence from analysis at cnbc indicates that unemployed individuals and families had no choice but to use their savings with alarming speed. More of them are now being forced to go hungry more frequently than those who have managed to hold on to their jobs, if not all of their hours and previous rate of pay.

The worst part for those who are depending on these continued unemployment payouts is that the time to solve the approaching benefits cliff is nearly expired. In addition to the loss of unemployment extended payments, the protections afforded renters to not be evicted and forbearance on student loan payers are all set to disappear at the same time. This has not been enough to motivate Republicans and Democrats to agree to a compromise on the relief package.

An example of the conflict that is preventing a deal from being struck is the total dollar amount of the potential relief bill. Republican leader Mitch McConnell is hard set on a $500 billion total bill at the same time that Democrat leader House Speaker Nancy Pelosi insists on a far wider and deeper package in excess of $2 trillion total value. Meanwhile the new President-elect Joseph Biden is asking the Congress to get a bill done before his January inauguration. It comes as no surprise that he agrees with his fellow Congressional democrats regarding the total size of the relief bill. Senior Economic Analyst Mark Hamrick of Bankrate opined that:

“I don’t think there’s any sign of visible momentum. It’s one example after another of Lucy moving the football before Charlie Brown goes to kick it.”

Many observers and economists now earnestly hope that the answer will come at the last minute with a pending spending bill that the U.S. Congress has to pass no later than December 11th if they want to head off another government shutdown. Senior Fellow Andrew Stettner of the progressive think tank the Century Foundation argued that:

“The most likely thing to move will be that budget legislation.”

Without the government’s additional unemployment supplement, the benefits paid by the states typically cover around fifty percent of the lost income of workers in America (to a certain pre-determined dollar cap that is determined by every state). For the month of October, the average state paid nearly $1,300 in unemployment benefits to the average American, per the Labor Department. Bankrate’s Mark Hamrick warned that for many Americans around the country, this supplemental income will not cover the individual or family expenses, with:

“Good luck making that go very far in many areas across the country.”

The idea of lawmakers with their supplemental $600 per week increase was to totally compensate for wages that the typical worker had seen evaporate in the depths of the coronavirus and the most severe spate of joblessness dating back to the United States’ Great Depression.

Research on this timely help to many Americans along with single stimulus checks amounting to $1,200 for adult citizens revealed that as many as 18 million Americans were pulled out of poverty in the month of April, according to the study run by Columbia University. When the money was spent though, financial troubles increased the study learned. Meanwhile the situation has grown worse, with U.S. coronavirus cases hiting a new high even as Germany, France, and Britain locked down again.

Yet partisan differences of opinion kept the two sides from coming together. Republicans worried that too much largesse would cause people to not be interested in going back to work. Various economics studies argued against this line of reasoning during the summer. The graphic below shows the unemployment maximum length benefits on a state by state breakdown:

Retirement is an issue that many Americans concern yourself with as a result of unstable state of the economy. If…

Gold IRA Rollover – Why Is This Critical..

Retirement is a concern that most Americans be worried about as a result of volatile state of the economy. If…