The latest Showcase auction from Heritage Auctions is dedicated to classic US commemorative coinage minted during the period 1892-1954 and is now open for bidding, exclusively through Coins.HA.com. Bidding will conclude with a live session scheduled for 5 PM Central Time on Thursday, November 4.

This Heritage Auction features over 750 coins, the vast majority of which are half dollars, reflecting the makeup of the Classic Commemorative series.

One of the more unusual and noteworthy offerings in this auction is a Proof 1892 Columbian Half Dollar, graded PR63 by PCGS and housed in a first-generation “rattler” holder. The 1892 Proof Columbian half dollar is among the most elusive issues in the classic commemorative series, coming from a reported mintage of only 100 pieces. This example is incredibly eye-appealing for the issue, showing vivid ocean-blue, violet, and mint-green toning throughout deeply reflective fields and frosty devices. Full detail on the sails confirms this coin’s proof status — such definition is essentially nonexistent on the business strike issue.

Bidding is now open in Heritage’s Showcase Auction of Modern Collectible US Coins and Bullion, with the concluding live session scheduled for 6 PM CT on Wednesday, November 11. This auction features an excellent selection of collectible US bullion coins, along with a number of high-grade modern circulation strike coins in Early Release and other special holders.

One intriguing lot in this auction is lot 91062, the four-piece 2008-W Gold Buffalo Proof Set, all coins graded Proof 70 by NGC. The 2008-W One Ounce Gold Buffalo Proof is the key to the American Gold Buffalo series, while the tenth-ounce, quarter-ounce, and half-ounce were only minted in 2008, making these coins a necessity for collectors of modern issue types. 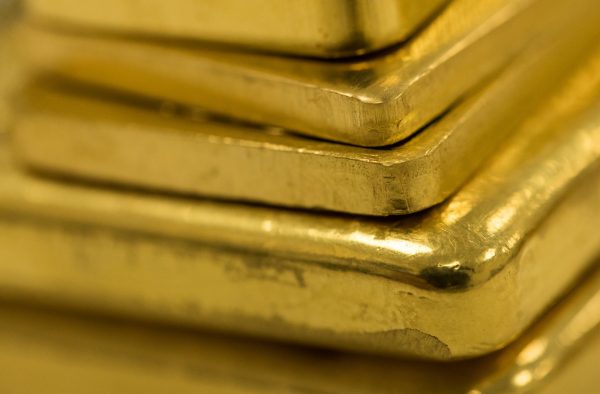 American Bullion Urges U.S. Citizens to Only Work With Companies That are Fully Complied With the IRS Regulations When…