The man who has become legendary for his predictions on QE and historic moves in currencies and metals told King World News that the price of gold will reach levels that few can imagine today.

October 3 (King World News) – Egon von Greyerz:  It serves no purpose to hold gold. Why should anyone hold gold when it has lost value against most other assets since 2009.

Yes, making money is a singe in today’s stock markets so why do I need gold.

For the investors who have managed to combine a good portion of luck with modest investment skills, they could have made 2,000X their money since 1997 on Apple or 2,170X on Amazon, also since 1997.

If you did, you hopefully haven’t lost your key. To rely solely on electronic entries on a computer or memory stick is clearly a very inferior form of wealth preservation…

Listen to the greatest Egon von Greyerz audio interview ever
by CLICKING HERE OR ON THE IMAGE BELOW.

Hindsight is a wonderful investment method and the most exact of all sciences.

But you didn’t need to be an expert stock picker to make money in recent decades.

By using 2009 as starting point, you will have conveniently forgotten that you had before that lost 80% on the Nasdaq since 2000.

We can always prove the ultimate performance by choosing the right starting point.

GOLD WORST ASSET CLASS SINCE 2011 AND BEST SINCE 1999
When gold antagonists want to disprove gold’s virtues, they choose the 1980 top as $850 as starting point. They then deride gold investors that it took 28 years before that level was reached again. They conveniently forgot to mention that between 1971 and 1980 gold went up 24X.

Stock investors could also point out that they have outperformed gold by 200% since 2011. But they forget to mention that since 1999 the Dow has lost 60% against gold (excluding dividends).

What this shows is that you can always prove a point by picking a suitable starting point.

Still, it is an undeniable fact that gold has been the best asset class in this century.

How can anyone go wrong today. Investing is a lottery where you are guaranteed to win the top prize every time.

Virtually no investor believes this will stop. Just look at US Margin Debt for example which is at $900 billion up from $250 billion in 2009.

What we must remember is that the leverage effect of margin debt works much faster on the downside than on the way up. When markets tank this leads to forced liquidations and panic. And this is what we will see in the not too distant future.

BUY THE DIPS HAS WORKED EVERY TIME – UNTIL NOW
For at least half a century, no investor has had to worry about the dips.

I remember this day extremely well. I was in Tokyo for the listing of the UK FTSE 100 company I was Vice-Chairman of. It certainly wasn’t the best day for listing a consumer electronics retailer. The market clearly had bigger things to worry about.

BUY AND HOLD – “THE MARKET ALWAYS GOES UP”
As the buy and hold principle has worked without exception for 50 years at least, there is no reason to believe that it won’t for another 50 years.

There is only one investment rule that counts – The Market Always Goes Up!

But are there no exceptions to this rule? Of course there are.

Again, hindsight is the most perfect investment method since it is always right.

But what counts is of course what happens from this moment on.

DON’T MEASURE YOUR WEALTH IN WORTHLESS FIAT CURRENCIES
The fallacy of most investors is that they measure their wealth with a stick that creates illusory wealth. To measure your wealth in a currency that has lost 98% of its value over 50 years is like living in Fantasyland. You have the illusion that your wealth is growing whilst in fact it is the money you measure it in that is falling.

The mighty dollar has lost 79% against the Swiss franc since 1971 and 98% against real money which is gold.

Well your money has been confiscated by your government. The US has since the early 1930s spent more money than it has collected in taxes and made up the difference by creating fake money called dollars.

Consistent budget deficits led to an ever increasing debt and more money printing. And when you create money out of thin air like the US and most of the world have done at an accelerated level since 1971, your currency takes the hit.

But since 2/3 of Americans don’t have a valid passport, they never realise that their currency is being destroyed.

Americans who went to Switzerland in 1971 and come back today will find that their dollar has lost 80% of its purchasing power. So much better to be Swiss and find that when you travel to the US that everything is 80% cheaper when measured in Swiss francs.

So my advice to any investor is to measure your wealth in real terms like the cost of a Big Mac. In 1970 a Big Mac was around 60 cents. Today the same Big Mac is $4 which is an 85% loss of the dollar in purchasing power.

Even better is to measure grammes or ounces of gold. As the only currency that has survived in history and also the only currency which has maintained its purchasing power for thousands of years, Gold is clearly the King of Money.

An ounce of gold bought a good quality suit for a man in Roman times and still does today.

So over time, gold doesn’t go up in value. All it does is to maintain stable purchasing power.

WHY SHOULD WE THEN INVEST IN GOLD?
Well, it serves no purpose to hold gold if:

So welcome to Shangri-La!

A financial and monetary system described above has never existed in history except for over very limited periods. That is why no currency has ever survived – No Currency – Nada!

In modern times, Switzerland is probably the only country with a system that somewhat resembles the above definition.

So in these epic stock markets what purpose does it serve to hold gold?

Firstly physical gold is the best asset to hold for wealth preservation purposes.

Gold owned directly outside the financial system protects against the following risks:

No other asset in history has acted as the perfect insurance for 5,000 years. Land is arguably also a good long term wealth preservation asset but it is not transportable, not easily divisible and not liquid.

Risk in financial markets is now greater than anytime in history as we approach the end of the Epic Everything Bubble as I wrote in a recent article.

Anyone who today doesn’t hold physical gold as insurance against these risks must be regarded as totally irresponsible vis-a-vis his stakeholders whether that is his family, shareholders, investors or pensioners.

GOLD WILL REACH LEVELS THAT FEW CAN IMAGINE TODAY
My colleague Matt Piepenburg recently covered Why Gold Is Not Rising in an excellent article. In that he stated that gold should reach $4,000 before the end of the decade. I believe that he based that on the In Gold We Trust Report by our good friend and MAM advisor Ronni Stoeferle who has a $4,800 target by 2030.

Personally I believe that target is much too conservative. I am on record for more than 10 years saying that gold will reach $10,000 in today’s money.

But that projection, like all others, is totally meaningless. As I discuss above, it serves absolutely no purpose to measure gold in a currency which is being debased by the day.

Much better than to measure gold in for example Big Macs.

But there is only one valid measure of gold. That is how many ounces or grammes you hold. Any other measure is totally nonsensical.

The most valuable asset that most people hold is their family. Who values that in dollars?

The bubble property market is also valued in money, especially since cheap and unlimited money pushes the prices up daily. But your own house should not be valued in dollars. You buy a house that you can afford and thereafter you should never think about its value but  just as a home.

Still most people cannot distinguish between an investment asset or and asset acquired for pleasure or wealth preservation purposes and will insist on looking at its value daily. At least as long as in appreciates.

Coming back to gold forecasts, as usual there is a massive spread between high and low.

But I come back to the unit of measure i.e. the dollar in this case.

If someone can tell me what will happen to the dollar by 2025 for example, I will give you a more precise forecast.

Personally, my view has for very long been that we will see hyperinflation as the penultimate phase to end this century old cycle in an hysterical and desperate attempt by central banks to save the system.

These futile attempts will of course fail but will lead to  a total debasement of the dollar and all currencies.

What value gold when the dollar goes to ZERO?
Well, whatever level that will be is totally meaningless since the other side of ZERO is INFINITY.

What is more relevant is that gold will not only maintain purchasing power but also outperform all asset classes by a massive margin.

For reference, gold reached 100 trillion Marks in the Weimar Republic.

But as I mentioned above, the hyperinflation which is likely to occur in the next 5 and maximum 10 years is only the penultimate phase of the current monetary system.

The final phase will be a total implosion of all asset classes such as stocks, bonds and property and a deflationary depression.

Gold will then also come down from excessive highs. But since Gold will be the only money for a period, it will continue to do very well relative to other assets.

Remember that this is nothing new. It has happened throughout history. But because of the size of the bubble, the implosion will be greater than any time in history.

In such a depression everyone will suffer greatly, even gold holders. But just as in any crisis in history, physical gold will serve as the best insurance you can own…This will link you directly to more fantastic articles from Egon von Greyerz CLICK HERE.

*To listen to exactly what levels to watch in the gold and silver markets and much more in this important audio interview CLICK HERE OR ON THE IMAGE BELOW.

***To listen to this powerful audio interview with Alasdair Macleod CLICK HERE OR ON THE IMAGE BELOW.

The last time this happened the price of gold soared 25X and silver skyrocketed 38X, but here is another bullish… 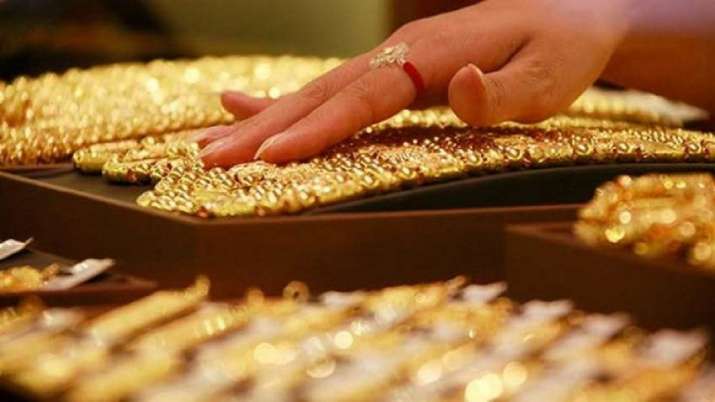 Gold prices rose marginally by Rs 17 to Rs 47,869 per 10 gram in the national capital on Monday amid rupee…