Gold prices shot higher overnight as traders digested a much hotter-than-expected inflation print out of the United States. The October consumer price index (CPI) revealed the highest annual rate of inflation in over 20 years at 6.2% y/y. That was an 0.8% increase from last month’s annual reading. Analysts expected a 5.8% figure.

Traders bought up gold despite a corresponding rise in the US Dollar and Treasury yields, which typically work against XAU prices. The Treasury rout was hardly contained to the United States, with spillover effects seen across key government bond markets. The upward pressure on Treasury yields is continuing through Thursday’s Asia-Pacific session while gold prices level off.

Real yields dropped, suggesting longer-lasting inflation expectations may be metastasizing across a wider segment of market participates. The rate on the 10-year Treasury inflation-protected note hit a fresh post-pandemic low following the CPI release. That widened the spread versus the nominal yield, a measure referred to as a breakeven rate — the market’s expectation for inflation over the next 10 years.

Since gold is seen as an inflation hedge by a large segment of traders, that may have been one of the catalysts that sent prices higher. XAU bulls may believe the Fed has fallen behind the curve on inflation too, which would likely lead to the central bank having to play catchup. That leaves the door open for a period of stagflation, as policymakers would have to scramble to avoid runaway inflation and raise rates quickly.

Higher rates bode poorly for gold prices. However, the aforementioned scenario would also likely cause a rout in the stock market. Increased volatility is traditionally a tailwind for gold prices, with investors turning to the yellow metal to diversify and tame volatility-linked effects on their portfolios. This type of outlook plays out rather well for bullion.

XAU/USD broke above key resistance overnight, with prices moderating just above the 1840 handle through APAC early trading. A resumption higher will target the psychologically imposing 1900 level, which hasn’t been traded at since June. Former trendline support could pose resistance above. A pullback would have bulls looking to defend the recently breached resistance level near 1830 – an area that acted as resistance from July to September.

In the wake of incessant robbery attacks on bullion vans in the country, the Inspector General of Police, James… 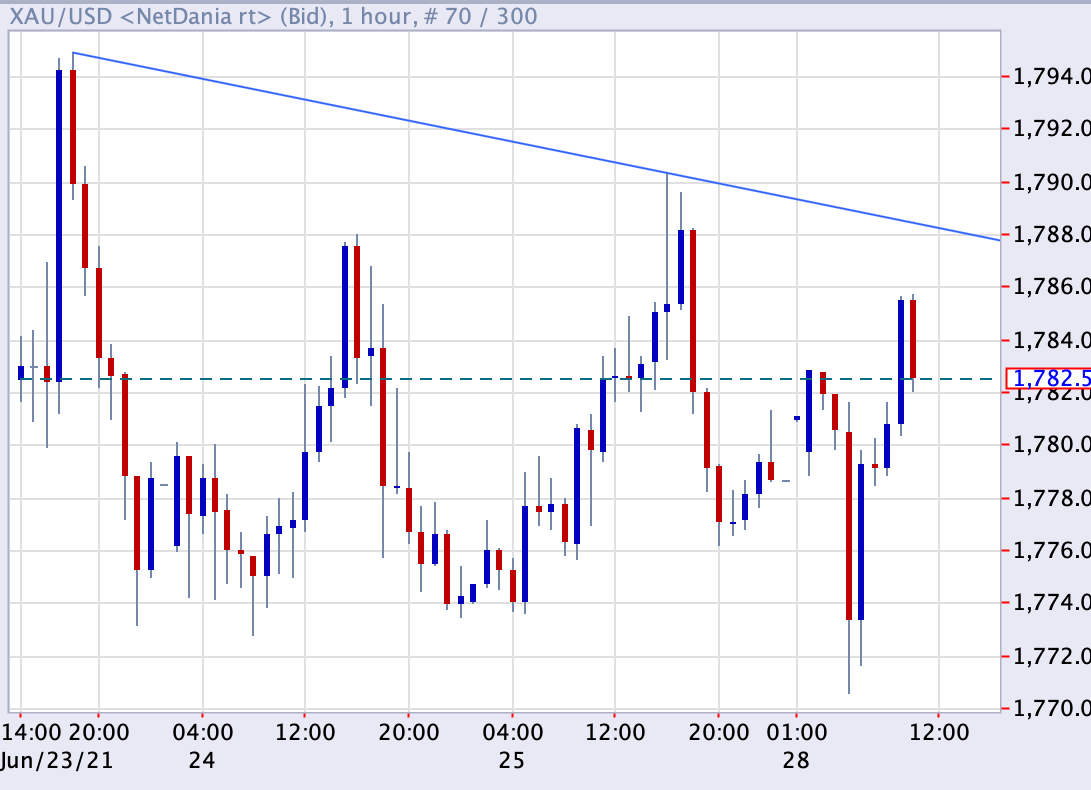 Gold took off from $ 1890 levels last week and attempted to trade higher above $ 1900 , but found stiff resistance at $…