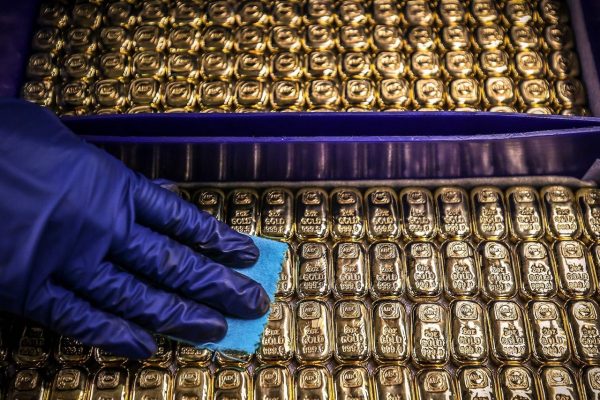 Gold Bullion up 1.7% for Week Even As Bond Yields Defy the Fed, Rise Further | Gold News

GOLD BULLION slipped but held on track for a 1.7% weekly gain on Friday, lagging silver but outperforming former 2021 darling platinum as European borrowing costs retreated in the bond market amid the region’s worsening Covid pandemic but US Treasury yields rose yet again.
With Washington’s 10-year borrowing costs today rising back to January 2020 levels at 1.74%, global stock markets extended yesterday’s 0.9% drop after the MSCI World Index – which had previously risen on 9 of March’s 13 trading days – failed to top mid-February’s new all-time high.
Offered at $1735 in London’s wholesale bullion market – center of global trading and storage – gold has now rallied 3.5% from early March’s 9-month low in US Dollar terms.
The 10-year TIPS yield – a measure of market expectations for rates vs. inflation – ended Thursday at minus 0.56% per annum.
Now the least negative since June last year, that level however marked a 7-year low in mid-April 2020, when gold first rose back through $1700 for the 1st time since the end of 2012.
Week-to-week, gold prices went in the opposite direction to 10-year TIPS yields 68% of the time between 2016 and 2021, up from 60% across the previous decade.
“Even with yields hitting new highs, gold is
not hitting new lows because of short term positioning,” reckons Australian finance group Macquarie’s head of metals strategy Marcus Garvey, quoted by Bloomberg.
The Dollar meantime rose back towards early-March’s 4-month highs on the currency market as a growing number of money managers said they think rising inflation will
force the Federal Reserve to raise its key interest rate sooner than 2024, a date
repeated by the US central bank in its latest policy announcements and outlook this week.
Gold bullion in Euro terms held around late-February levels, slipping €6 per ounce from yesterday’s 3-week high of €1466 as the 19-nation Eurozone’s No.2 economy France imposed a month-long lockdown on Paris and parts of its industrial north – restrictions
“supported less and less” by voters according to a survey published in
Le Figaro.
The
UK gold price in Pounds per ounce also headed for its highest weekly finish in four, trading at £1252 after new data showed
the British government borrowed a February record of £19.1bn last month ($26.4bn).
As US debt markets prepare for new president Joe Biden’s $1.9 trillion Covid stimulus spending, Tuesday saw the US Treasury raise
$24bn in new 20-year debt at a borrowing cost of 2.29% per annum.
The highest such borrowing cost for the US government since summer 2019, that marked a record-low for
20-year bond yields when first reached in 2012, aftermath of the global financial crisis.
The number of US residents claiming jobless benefits has risen in March, new data said Thursday, defying analyst forecasts for a drop.
World No.3 economy Japan saw consumer prices fall 0.4% per year in February, the national statistics agency said this morning, while Australia’s retail sales fell 1.1% from January – also defying analyst predictions – and factory-gate inflation in the Eurozone’s No.1 economy Germany rose only to 1.9% per year, doubling from January’s pace but slower than expected.
Industrial commodities today erased more of their 2021 gains, with crude oil dropping below $60 per barrel of US benchmark WTI, down 10% from this month’s 2-year high.
Silver outpaced gold bullion across the week, gaining 3.0% at London’s benchmark auction to fix above $26 per ounce today.
But fellow industrial-precious metal platinum erased this week’s earlier $50 gain and fell a further $10 per ounce from last Friday’s finish to trade at just $1172 as sister metal palladium – boosted this week back towards New Year 2020’s all-time highs by
news of floods at 2 key mines for major producer Nornickel (MCX: GMKN) – retreated almost $150 from yesterday’s peak of $2748. 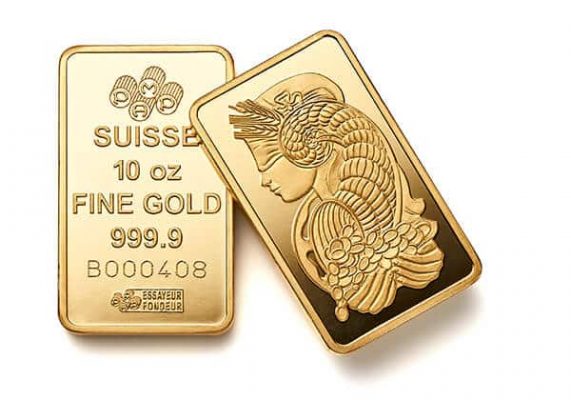 How to Invest in Gold Bullion

The gold bullet basically refers to those gold ingots or bars that are refined with a lot of purity. In ancient times,… 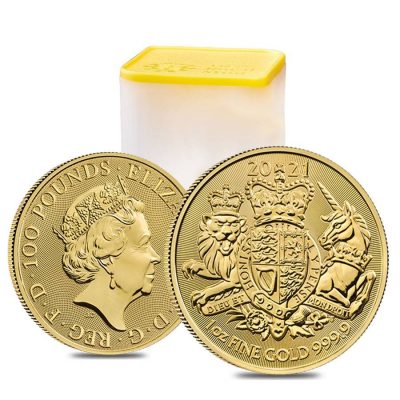