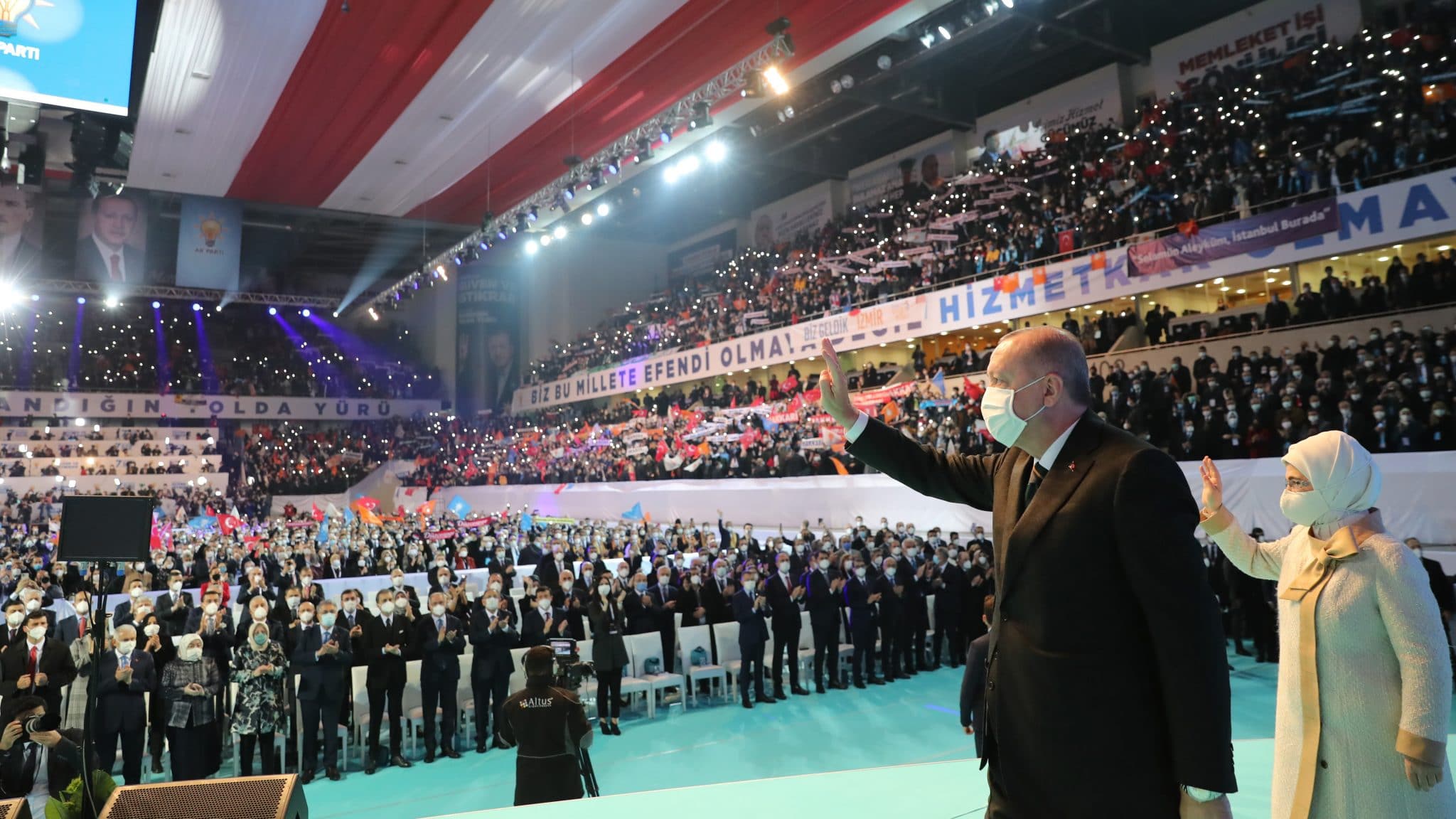 At the congress of his ruling Justice and Development Party, AKP, Turkish President Recep Tayyip Erdogan has appealed to citizens to sell gold or foreign currencies to halt the abrupt collapse in value of the Turkish lira.

He also called on companies to repartriate their assets from abroad for the same reason.

“I ask my citizens to invest their foreign currencies and gold in various financial institutions and bring [those assets] into the economy and production,” Erdogan said.

“Do not believe those who say we are finished, are sunken or are dying out. We will stay strong against the shock waves,” he added.

The President asked citizens and businesses to invest in the lira after the currency lost almost 20 per cent of its value on Monday in only one hour after the markets opened.

The sesmic crash came after Erdogan took several controversial political and economic decisions over three days, including Turkey’s withdrawal from the Istanbul Convention, the sacking of the Central Bank governor, the removal of a senior opposition MP’s parliamentary status and the closure case of the pro-Kurdish People’s Democratic Party, HDP.

Erdogan also pledged to increase the number of the country’s friends after Turkey alienated many of its allies in the West by following an aggressive foreign policy in the Middle East and East Med, besides engaing in a rapprochement with Moscow.

The country’s image has also suffered as a result of its worsening democratic and human rights record.

“We will bring a new proposed constitution to our people next year. The power of our country, security, stability and our country’s vision will be the foundations of this new constitution,” Erdogan pledged.

Erdogan’s crowded party congress met criticism from health experts because of the neglect of pandemic measures such as wearing masks and social distancing.

More than 15,000 people attended the rally in an Ankara stadium while another 10,000 gathered outside the stadium.

The number of COVID cases and deaths soared in Turkey after the government announced a normalisation of health measures on March 1 and after Erdogan’s crowded congresses in the provinces and finally in Ankara.

While daily cases had dropped to a few thousand daily and a death toll of a few dozen at the end of February, more than 26,000 new COVID-19 cases and 138 deaths were registered on Tuesday.

“President Erdogan’s crowded congresses are one of the major reasons for the spike in cases. This normalisation may bring us into catastrophe,” Ali İhsan Okten, Second President of Turkish Medical Association said on March 19 in a TV interview.

In case you are in need for a trusted and a reputed gold buyers in ITO for your expensive jewels in exchange of funds,…