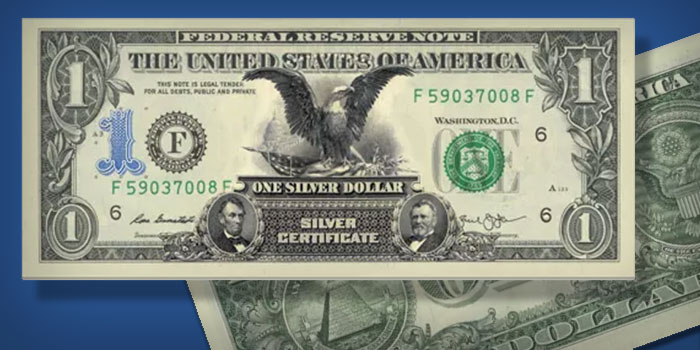 There was a time and place in American history when American paper notes were small works of art carried around by average people in their pockets. In the 1890s and the first decade of the 1900s, the United States sought to create paper currency designs that were worthy of attention and awe.

While most of these notes have been lost to history–with the few remaining specimens in the hands of avid collectors–options are not lost for modern collectors. Private mints have taken advances in high-definition imaging to recreate some of the nation’s greatest note designs on modern Federal Reserve Notes. Ideal for collectors, these affordable new legal tender notes are now available to the customers of JM Bullion.

Modern Federal Reserve Notes in circulation in the United States are historic in their own right, showcasing the images of the many prominent Founding Fathers and presidents who have left an indelible mark on the nation. However, it is the designs of the Silver Certificate and United States Note programs of the late 19th and early 20th centuries that continue to capture the imagination as among the most beautiful. Examples of these designs, now available on modern notes from JM Bullion, include the following:

1899 Black Eagle Dual Presidents: In 1899, the $1 Silver Certificate received a first-of-its-kind makeover. The silver certificate was redesigned with a so-called “Black Eagle” image, presenting a powerful bald eagle at its center clutching the American flag on a small pole. This design was known as the Dual Presidents as well because it featured effigies of Presidents Abraham Lincoln and Ulysses S. Grant beneath the eagle. It was the first design to feature two US Presidents on one note and remains the only design to feature two US Presidents on the same side of a note.

1899 Running Antelope: 1899 also saw the introduction of a new design on the $5 Silver Certificate. With a bust of the Hunkpapa band’s leader, Running Antelope, the note’s design became the first in American history to feature an indigenous figure.

1901 Bison Note: Affectionately known as the horse blanket for its large size, the 1901 $10 Bison Note was issued in the United States Note Series and features a powerful, massive American bison. The buffalo is depicted in a slight left-profile relief with busts of Meriwether Lewis and William Clark, the leaders of the expedition into the territories of the Louisiana Purchase.

1896 Educational Series: Widely considered by many to be the three most beautiful note designs in American history, the 1896 Educational Series featured three allegorical women depicted across the $1, $2, and $5 Silver Certificate Series. The notes offer designs of the allegory of History instructing Youth on the $1 note, Science presenting the young sciences of steam and electricity to established figures like Commerce and Manufacture on the $2 note, and Science debuting Electricity as the new dominant force in the world on the $5 note.

1899 Washington Porthole: President George Washington is a familiar face on US $1 denominations across various paper money programs. However, he has only once featured on the $2 denomination. In 1899, he appeared on the newly-designed Silver Certificate. His bust was set in a “porthole” frame reminiscent of an individual looking out a ship’s porthole. His portrait was flanked by two female allegories. This design concept remains popular in the modern Federal Reserve Note series.

The above-mentioned designs appeared across the Silver Certificate and United States Note programs in the denominations of $1, $2, $5, and $10. With the exception of the 1901 Bison Note design, each one is carefully recreated for modern collections on current US Federal Reserve Notes of the same denominations. While the obverse of each note has been superimposed with the aforementioned designs covering the modern presidential effigies, the existing, impressive reverse designs remain:

$2 US Bill: the lowest circulated note among US paper money, the $2 US Bill features the only artistic rendition on a modern note. Here, John Trumbull’s 1818 work of art depicting the signing of the Declaration of Independence features on the note and has been in place since 1976 when the modern Federal Reserve Note $2 bill was issued.

$5 US Bill: one of the most circulated denominations in the Federal Reserve Note, the $5 US Bill honors President Abraham Lincoln on both the obverse and reverse. Though his effigy is covered on the obverse, the Lincoln Memorial erected in his honor in Washington D.C. features on the reverse and has been on the modern $5 Federal Reserve Note since 1929.

In addition to the collectible imagery of these modern Federal Reserve Notes, you will find some special, one-of-a-kind designs meant to commemorate historic moments or combine beloved designs. Examples of notes you can expect to see in our catalog include:

Black Eagle/Running Antelope/Bison: in an impressive singular release, you can all three designs mentioned above in a singular, modern paper note design on the obverse field.

History of US Note Designs

While the Continental Congress first issued American paper notes during the Revolutionary War, the United States as we now know it did not issue paper money until 1862 when President Abraham Lincoln issued the Demand Note. The Demand Note was issued to help finance the Union Army during the Civil War. Long-term circulating paper money started with the United States Note in 1862. As alluded to above, the other legal tender notes JM Bullion now carries represent designs from the Silver Certificate and US Note programs on modern Federal Reserve Notes. Here’s a brief history of all three series:

United States Note: As of 2021, the US Note remains the longest-used form of paper money in the US. For 109 years from 1862 to 1971, these notes were redeemable as legal tender “for all debts public and private except duties on imports and interest on the Public Debt.”

The legal tender notes offered by JM Bullion come with presentation displays. Each note is individually packaged inside of a bi-fold presentation folio. The note is housed on the right with its enhanced design visible and a Certificate of Authenticity is included on the left.

We encourage JM Bullion customers to reach out to us with questions about these new offerings. JM Bullion customer service is available at 800-276-6508, online through our live chat, and using our email address. Please remember to follow us on Facebook for daily and weekly posts to keep you in the know, and read our weekly blogs for greater insight on new-and-upcoming releases in our collection. 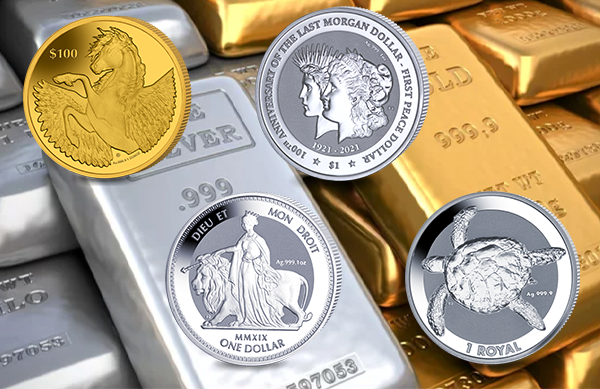 Over the past few years, our Bullion coins have become a very popular purchase amongst our customers. Take a look at…