President of the Ghana Bankers Association, John Awuah has provided explanations into the delays in procuring Armoured bullion vans for Cash In Transit (CIT) operations in the country.

Mr John Awuah told TV3 in interview after an engagement with the Police on Friday October 22 that “To bring in an armoured van into this country, you have to go through a certain process and making sure that in the end, the people who have the mandate to bring these Armoured vehicles do not pose a threat to national security.

“Because they want to solve one problem they go and create another problem. That is the only reasons why we have had some delays in the procurement process. But in a very short time you will find that in our streets we will have the requisite, standardized armoured vehicles for the CIT operations.”

Meanwhile, the Tarkwa Police Divisional Command has arrested two persons in connection with the robbery on a bullion van that occurred at Ransbet Supermarket, Monday October 18, October 18, 2021, in the Tarkwa Municipality.

The suspects, Charles Enning and Dorcas Akosua Amankwah, both workers of Mon-Trans Limited are assisting in the investigation following a suspicion of complicity in the crime.

Preliminary investigations indicate that suspects, Charles Enning, a driver and Dorcas Akosua Amankwah, a teller of the company, went to Ransbet Supermarket for proceeds made over the weekend to be deposited at the bank but failed to pick up the Police Officer who was detailed to provide security for them.

In the process of putting the money into the bullion van, the suspects were attacked by a masked armed man and bolted with the money on a standby motorbike.

In June this year, there was a robbery attack on a bullion van that led to the killing of a police officer and another person in Jamestwon Accra.

Commenting on this development, the Interior Minister Mr Ambrose Dery told TV3’s Dzifa Bampoh in an exclusive interview that “:…What we call bullion vehicles in Ghana are just ordinary vehicles with plates on them which are not armoured.

“They don’t give the police and the cash any protection and so it is easy for bullets to go through them so they are not bullion vans,” he said.

“We have taken steps to protect our police men and women when they go on such operations. We provided a number of bulletproof vest and helmets.

“The first consignment that came in, about 4000 of them came in just before we experienced the deaths of a number of policemen in these past few years . The police officers were encouraged because we then issued those vests for them and also made provision for them to carry side weapons to protect themselves.

“5000 is not adequate, we are dealing with over 40,000 police officers and for those who have interest such as banks and financial institutions , we do not think that the limited resources that we have for the protection of the general public should be allocated to that special needs. So we expect that in those cases they should make a contribution to protecting the Police that we allocate to them.

“The banks don’t get held responsible when we lose policemen , the government does, I do. And I don’t think that the Bank of Ghana fixing 2023 is acceptable, it is not. So is it a deaths sentence for those Police we are going to assign?” 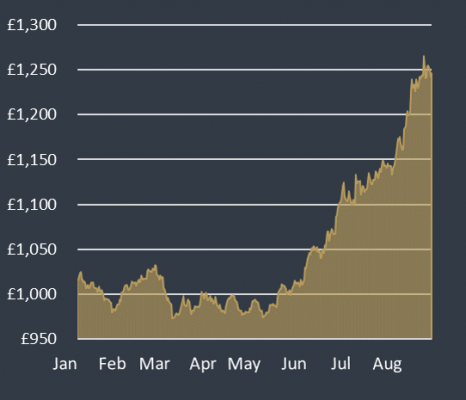 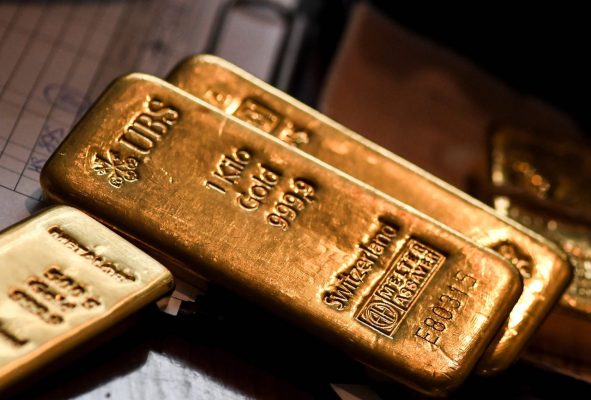 Gold Near to Its Days Low – Bullion Mart

This week there has been talk about the reversal of gold and silver, plus a spike in gold. Scroll on to read…