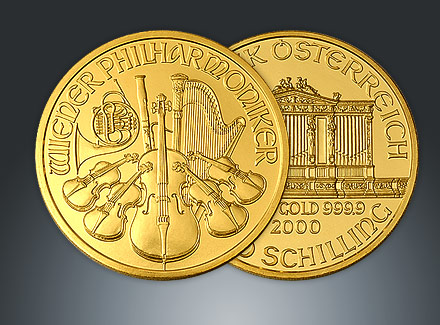 Austrian Philharmonic gold bullion coins are a continuation of a rich heritage in precious metals production. The Austrian Mint first began producing coinage in 1194, and for over 800 years it has continuously produced some of the finest coins in the world. This makes the Austrian Mint one of the world’s oldest minting institutions.

In fact, the Mint has its founding during the Holy Crusades. King Richard I (“the Lionhearted”) was held hostage by the Austrian Duke Babenburg, who eventually ransomed the English monarch for 100,000 silver coins. Roughly half of that total was used to found the Austrian Mint, primarily as a warehouse to store the ransomed silver.

The Austrian Philharmonic coin series was not introduced until 1989, through the backing of the Central Bank of Austria. It has maintained wide appeal ever since the introduction, three times being recognized as the best selling gold coin in the world (1992, 1995, 1996) and consistently placing as the most demanded European coin.

From its introduction until the end of 2001, the Vienna Philharmonic coins were issued as legal tender with a face value listed in Austrian shillings. Beginning in 2002 and coinciding with the creation of the European Union, the face value began being listed in the newly introduced euros.

Everything about Philharmonic coins, from their nickname to their design, pays homage to the historic role that Vienna has played in the world of classical music.

The front, or “obverse”, design on Austrian Philharmonic Gold Coins shows an image of the Great Organ in the Golden Hall of Vienna’s Musikverein – the home of the Vienna Philharmonic Orchestra. The words REPUBLIK OSTERREICH (“Republic of Austria”) are printed above the Musikverein. Below the organ the weight and fineness appear, along with the face value and the mint year. For instance, on the 2008 1-oz coin it would read 1 UNZE GOLD 999.9, 2008, 100 EURO.

The rear, or “reverse”, design of the Philharmonic coins features the image of a set of various musical instruments, representative of the legendary Vienna Philharmonic Orchestra. Stretching along the top of the reverse side are the words WIENER PHILHARMONIKER (“Vienna Philharmonic”).

The instruments depicted are:

The images on both sides of the Philharmonic gold coin were designed by Thomas Pesendorfer in 1989.

All Vienna Philharmonic coins use a 99.99% gold composition (pure gold). Unlike some other gold bullion, no metal alloys are added to Philharmonics to improve their wear resistance. This places them among the most pure gold coins in the world.

The 1-oz variation of the Philharmonic gold coin has the largest diameter of any 1-oz, pure-gold coin in the world.

The images on the reverse and obverse sides of Vienna Philharmonics are identical for all weight denominations.

The Vienna Philharmonic gold bullion is considered legal tender in the European Union. Each weight denomination’s face value states the transactional worth of the coin, as dictated by law. This value, however, is largely symbolic. An Austrian Philharmonic coin is almost always priced and sold according to its intrinsic value, or value determined (largely) by the price of gold in the market.

This market price is functioning value of these coins when used in an investment portfolio. When sold, typically, a premium is added to the market value. This premium accounts for coinage and distribution costs.

The intrinsic value fluctuates daily along with the price of gold. Most major newspapers will list a daily gold price, making it simple to track an investment in Austrian Philharmonic gold bullion.

Investing in Austrian Philharmonic Bullion Coins Through an IRA

for several reasons. These coins are:

The Internal Revenue Service allows specific types of IRAs to carry gold, silver, platinum and palladium bullion in a portfolio. These instruments, sometimes referred to as “precious metals IRAs”, are self-directed and may only contain IRS-approved bullion – such as Austrian Philharmonic gold coins.

Any IRS-approved investment bullion must meet minimum purity requirements. In addition, a minimum purchase amount of bullion of $5,000 is required to establish a precious metals IRA. All subsequent purchases must be at least $1,000. Those with existing IRAs have the option of transferring or rolling over funds from another qualified retirement account into a precious metals IRA.

Additionally, all investment bullion must be held in an IRS-approved ‘depository.’ These depositories are responsible for the security and maintenance of precious metals.

Austrian Philharmonic gold bullion is available for purchase directly from the Austrian Mint through their official website. International shipping may result in extra fees as coins pass through customs. Additionally, collectors and investors can buy from dealers around the world, such as the American Precious Metals Exchange (APMEX). 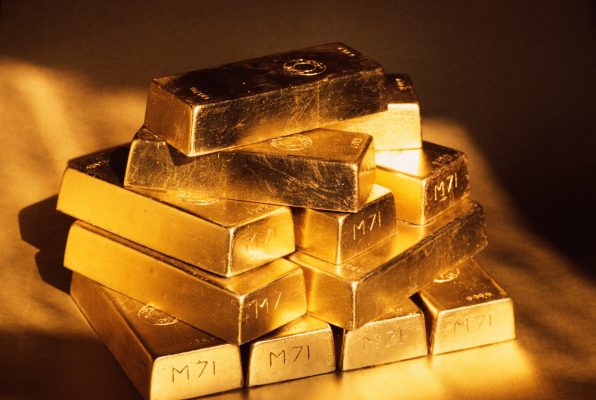 Retirement is an issue that most Americans worry about as a result of unstable state of the economy. If situations are… 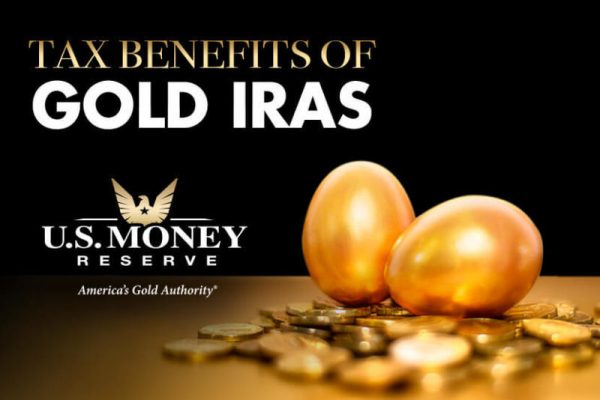 Gold IRA – Why so Much Interest..

A Gold IRA can scale down the flimsiness of your retirement portfolio. For the most part, gold has moved counter to the…