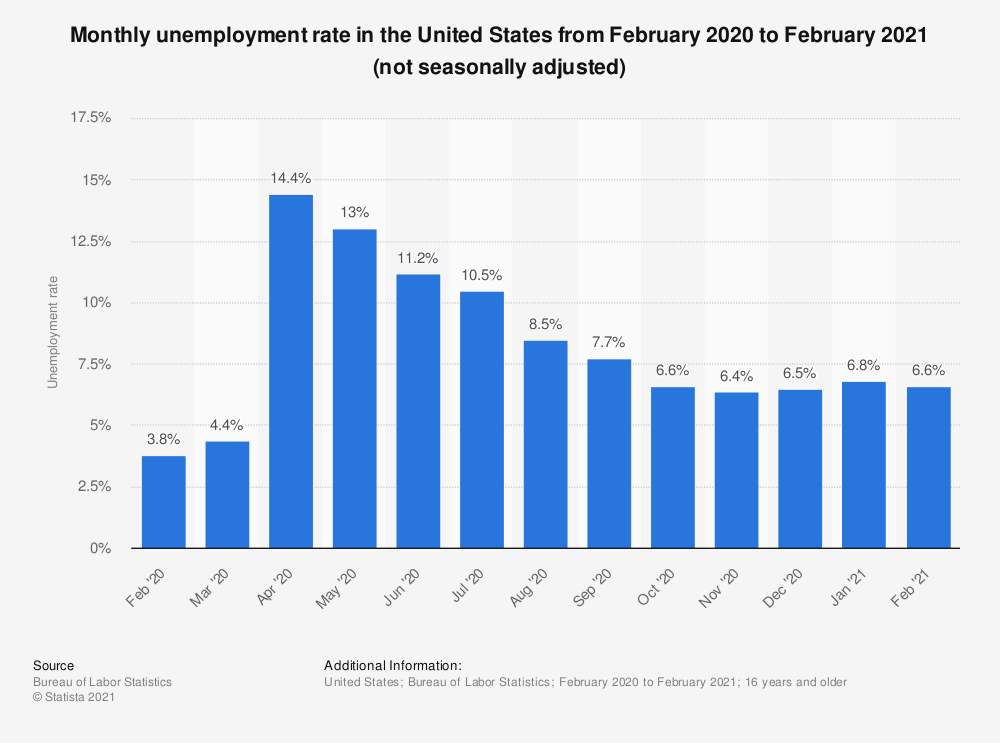 This week saw the American Rescue Plan bill make its way back to the House of Representatives. On Wednesday, March 10th the House Democrats voted through this massive $1.9 trillion coronavirus relief bill. President Joe Biden signed the bill on Thursday once it reached his desk. This first of Biden’s substantial legislative items aims to help Americans financially and speed up coronavirus vaccinations, but, it also threatens to increase inflation.

The newly passed relief bill assists struggling Americans in a few different important ways. It starts with $1,400 direct payments for most American adults as well as their dependents. Individuals earning up to $75,000 will receive the full amount that phases out for those earning $80,000 or more per year. Married filing joint households are eligible to earn twice as much money and still qualify. Eligibility will be determined using the most current tax return filed with the IRS.

For those who are unemployed there is still more help. The unemployed supplement program gets a $300 a week amount extension that will continue eligibility for the unemployment insurance through September 6th. It goes a step further in allowing for the initial $10,200 in jobless benefits to accrue tax-free.

Americans who are unable to pay their rents or mortgages, grocery bills, or insurance costs also receive additional help from the massive bill. These new provisions include another $25 billion worth of rent and utility help along with $10 billion in mortgage payment aid. The food support program SNAP (Supplemental Nutrition Assistance Program) receives another 15 percent in benefits to provide more aid to struggling Americans through September.

The American Rescue Plan also provides expanded subsidies to assist U.S. residents in being able to afford their health insurance premiums. Families with children benefit from a one year increase in the child tax credit. This key benefit rises to $3,600 for children who are less than six years old and to $3,000 for kids who are from six to 17 years of age.

The bill had been controversial in the House especially as Republicans argued that the job market has sufficiently recovered enough to not justify more spending on stimulus. Because of this the final tally saw the bill passed by 220 to 211 without any Republican votes. Democrat Representative Jared Golden from Maine was the lone party dissenter. The Democrats approved their rescue plan in the Senate via a process of special budget reconciliation. President Biden issued a statement on Wednesday as he prepared to sign the new bill into law this week, with:

“This legislation is about giving the backbone of this nation — the essential workers, the working people who built this country, the people who keep this country going — a fighting chance.”

Democrats had been adamant on the need for this latest stimulus bill. They argued that the Congress had to flush more money through the U.S. economy in order to help reduce the suffering and struggle of a year long economic restriction as well as to stop additional hardship with traditional economic activity only gradually restarting. Speaker of the House Nancy Pelosi from California hailed the bill’s passage, calling it “consequential and transformative legislation.” Despite earlier hopes that the two parties might find some common ground on the bill, the larger amount that Democratic lawmakers pushed through made bi-partisan support impossible.

One of the main concerns of the President and Democrats in congress had centered on payments to the unemployed. Unemployment benefits had been set to end this weekend. The bill’s passage narrowly avoided another looming unemployment benefits cliff that had threatened to cut off aid to many struggling families.

There are now millions of Americans who are in need of the help on this the one year anniversary of the World Health Organization declaring the virus to be a pandemic. Comparing the total number of working Americans to a year ago, 8.5 million more Americans had jobs in March of 2020 than do this year. Despite these troubling numbers of unemployed people, the pandemic eviction ban was ruled unconstitutional by a federal court just last week.

Per the middle of February, over 18 million individuals in the country received some type of unemployment benefits. Minority groups such as Latino and black women have not recovered a comparable share of employment to before the pandemic levels, government data revealed. Some politicians and economists had expressed concerns that the recovering economy was showing signs of strain.

Direct payments to Americans are a key component of the aid being offered to Americans. This $1.9 trillion package will provide single payments of $1,400 per person in this the third round of the government provided stimulus checks since the beginning of the pandemic. The Treasury department stated that Americans with direct deposit information on file will receive the first round of stimulus checks.

Stimulus Checks to Be Sent Starting This Weekend

In a recent press conference on Saturday, President Biden announced that the checks will start going out this month. The White House Press Secretary Jen Psaki clarified on Thursday that the first checks will arrive in bank accounts as early as this weekend. A second group of Americans who do not have their direct deposit information on file from 2019 and 2020 tax returns will receive their payments next. Psaki confirmed at the press conference that:

“People can expect to start seeing direct deposits hit their bank accounts as early as this weekend. This is, of course, just the first wave… Payments to eligible Americans will continue throughout the course of the next several weeks.”

Not everyone in Washington is convinced that the third coronavirus relief bill is a good idea economically. Republican lawmakers have made the case that the gradual and full reopening of many U.S. states along with the expanding vaccination rates of vulnerable Americans have rendered the stimulus spending unnecessary. According to Republicans, the partisan bill contains many non-related spending items whose amounts could create problems down the road. These unrelated expenditures include many favorite projects in Democratic states.

There are economists alongside Republican lawmakers issuing warnings on the possibilities of this massive spending bill increasing inflation in the U.S. Republican Senator Rob Portman from Ohio made this case on Wednesday with:

“There is a real risk here, of this kind of massive stimulus overheating the economy… I just think it’s sad because we could’ve done, I think something much more targeted and focused on Covid-19.”

Many Americans are anxiously waiting for the newly legislated financial help to arrive, but the downside is that the U.S. debt levels are rising sharply. The three rounds of stimulus have added trillions more to the government debt in only one year’s time. As of Friday, March 12th the Federal debt now exceeds $28 trillion, bringing the Federal Debt to GDP ratio to 130 percent according to the USDebtClock. The skyrocketing debt explains why gold makes sense in an IRA. More information is available by reading all about the Gold IRA Rules and Regulations. 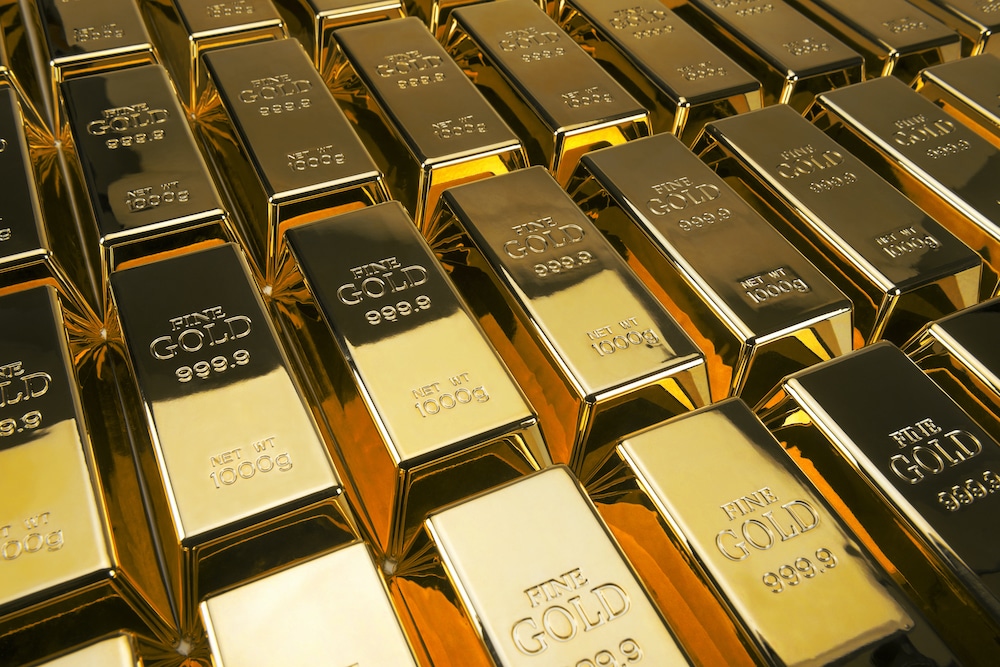 How to Protect Your Retirement Plan with a Gold IRA

EDITOR NOTE: The use of gold as a store of value dates back thousands of years, and it has been consistently hailed as…

Can I Buy Gold in an IRA? Here’s How to Invest in This Precious Metal – Goldserarcher: Everything related to Gold Investments!

Individual Retirement Account (IRA) is the nest egg you need to safeguard at all costs. Buying gold with your IRA would…

The fact that the inflation rate increases continually over time, no matter how much wealth you have accumulated, is…