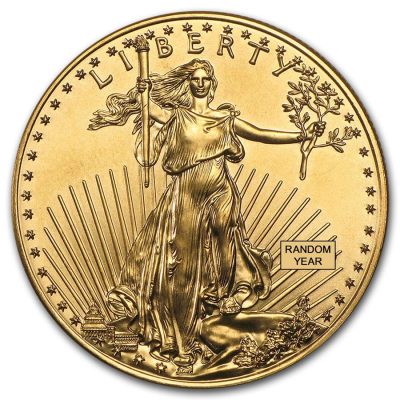 Made in the USA from 100% domestic gold, the American Gold Eagle is a tribute to the glorious era when gold and silver coins were our nation’s only legal tender.

That period reached its zenith early in the 20th century, with a mandate to make our gold coinage the most beautiful in the world. It ended abruptly on April 5, 1933 when, by Presidential Executive Order, Americans were stripped of their right to privately possess gold.

When the prohibition was lifted four decades later, a vast new market for gold bullion was opened. South Africa, who had introduced the Krugerrand six years earlier, now began to aggressively promote the coins to eager American investors.

The new Eagle’s obverse recreates Augustus Saint-Gaudens’ masterpiece “Liberty” on the 1907 Gold Double Eagle.  With flowing robes and wind-blown hair, Lady Liberty stands bold and determined, looming over the Capitol and the rising sun. She faces directly outward, holding a torch high before her in her right hand and an olive branch outstretched beside her in her left. Fifty stars encircle the coin and the date is on the lower right. Below the date are the superimposed letters A, S, and G in honor of Augustus Saint-Gaudens.

Replacing the traditional single heraldic eagle on the reverse is Miley Busiek’s “Family of Eagles” – inspired by Ronald Reagan’s theme, “Together, a new beginning” –  portraying America as a growing and caring family. The male eagle descends to his mate and fledglings, like a soldier returning home, bearing an olive branch in a promise of peace.

With unparalleled beauty and seamless bridging between past glory and future promise, the American Gold Eagle quickly became the world’s most popular 22-karat gold bullion coin. Today, this American icon also accounts for over 80% of domestic gold bullion investment. 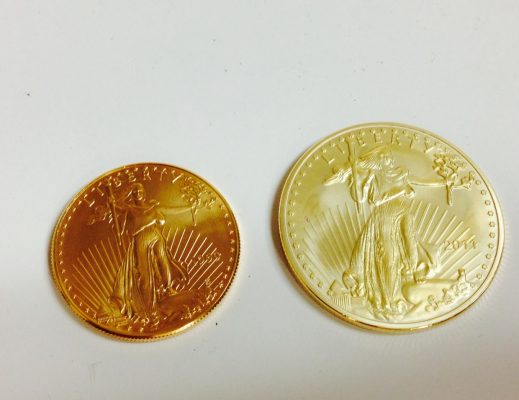 For most investors today, having shops of strong precious metal bullion is probably the best ways to secure your money…

A chieftain of the All Progressives Congress, Joe Igbokwe, has defended the party’s National Leader, Asiwaju Bola… 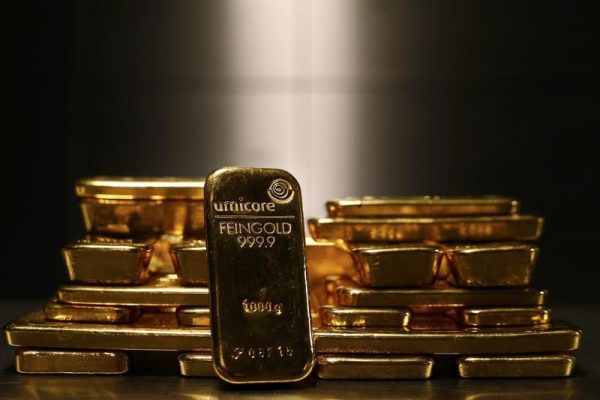