Among the most anticipated gold coin releases each year, the Gold Eagles, produced by the United States Mint is the official gold bullion coin of the United States. The tenth ounce issue is the smallest and most affordable of the Gold Eagles and can make for a sensible purchase if you are willing to enjoy the benefits of gold investment with a small budget.

Popularly known for its obverse design featuring Saint-Gaudens’ rendition of Lady Liberty, the Gold Eagles celebrate their 35th anniversary in 2021 and the US Mint has announced a new design for its reverse to be launched mid-year.

Augustus Saint-Gaudens was an American Sculptor who, during the period of 1905 to 1907, worked for the United States Mint in redesigning circulating silver and gold coins. Arguably the most iconic of his designs is the Lady Liberty that featured on the Double Eagles ($20 piece) until 1933, when all circulating gold coins were discontinued by the Federal Government. In 1986, the design was brought back to life by the US Mint with the creation of the Gold Eagles bullion coins.

A new reverse design was announced in october of 2020 by the US Mint and was created by wildlife artist Jennie Norris. She was selected by the Mint to be a part of the Artistic Infusion Program.

On the obverse, the Goddess Liberty strides forward with a raised torch on Her right hand and an olive branch on the left. The torch symbolizes a path to freedom and enlightenment, while the olive branch represents America’s desire for peace.

The sun is rising on the horizon in Her back where the Capitol Building is also visible on the lower left. A gale blows Her garments and hair and the whole picture is encircled by six-pointed stars.

Busiek’s original design depicts a family of bald eagles on their nest. One of the adult eagles adds a branch to the nest where the other awaits with their offspring. The motto “E PLURIBUS UNUM” is inscribed on the left and “IN GOD WE TRUST” on the right. Under the nest is the gold content and face value, “1/10 OZ. FINE GOLD ~ 5 DOLLARS”, and on the top it says “UNITED STATES OF AMERICA”.

The new reverse design, scheduled to be released in the second half of 2021, is engraved with a single bald eagle’s head, intensely gazing ahead in all its pride and glory.

The outer rim inscriptions remain the same, but now the face value is on the lower left and the gold content is on the lower right. The words are also separated by five-pointed stars and the official and de facto mottos have been placed above the eagle’s head.

All American Eagle gold coins are minted with .9167 fine gold content (22-karat gold), which means silver and copper were added to the alloy in order to create a more wear-resistant coin. Nonetheless, the US Mint guarantees these coins contain the amount of pure gold stated on their reverse. That means the silver and copper are added on top of the 1/10 troy ounce pure gold content. This issue weighs, precisely, 0.1091 troy ounces (or 3.393 grams).

As the smallest of the Gold Eagles, the tenth ounce has a diameter of 16.5 mm and a thickness of 1.19 mm, with reeded edges.

Along with the silver coins of the program, the Gold Eagles were first released in 1986 as the official gold bullion coins of the United States under the Gold Bullion Coin Act of 1985.

The program’s popularity grew exponentially over the years among collectors and investors alike and nowadays stand as the most successful bullion coin program in the world, largely due to the US Mint’s regard as high-quality refiners and the fact that they are considered legal tender in the United States.

In 2021, the program celebrates 35 years of release. Platinum Eagles were added to the series in 1997 and Palladium Eagles came out more recently in 2017.

As the smallest of the American Eagle gold coins, the tenth ounce version is also the most affordable and can make for a practical way to invest in physical gold bullion, even with a smaller budget.

Tenth ounce Gold Eagles can also be a great gift for a numismatist friend or family member who is willing to start their own coin collection.

Like all gold eagles, this gold coin is a federally backed currency, and, therefore, can be used to fund a gold IRA.

Tenth ounce gold eagles are also easy to transport, store and display. Because of all those reasons, collectors and investors are constantly looking to purchase them, that is why they are a very liquid asset.

Buy 1/10 oz American Gold Eagle online any time during the day from SD Bullion. We offer the lowest premium over the gold spot price, with fast and discreet shipping! 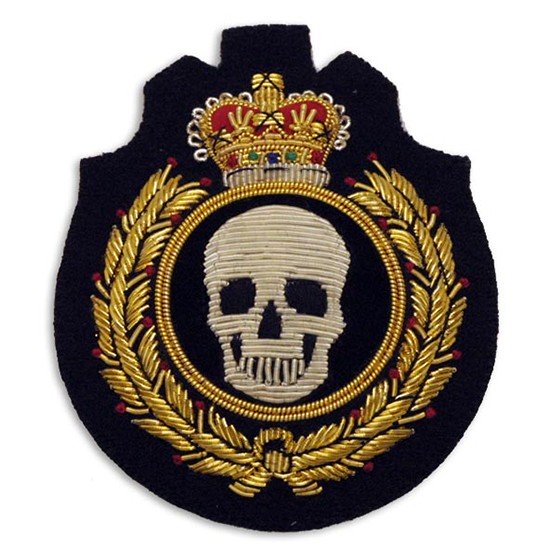 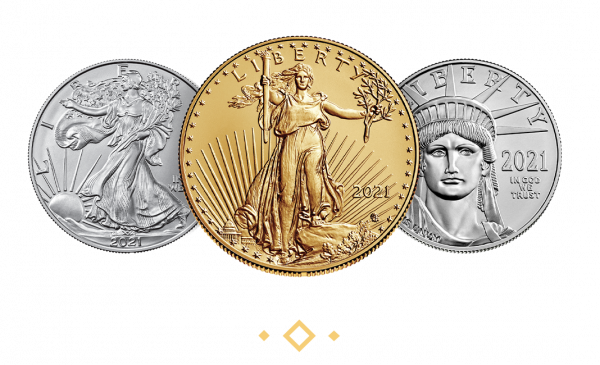